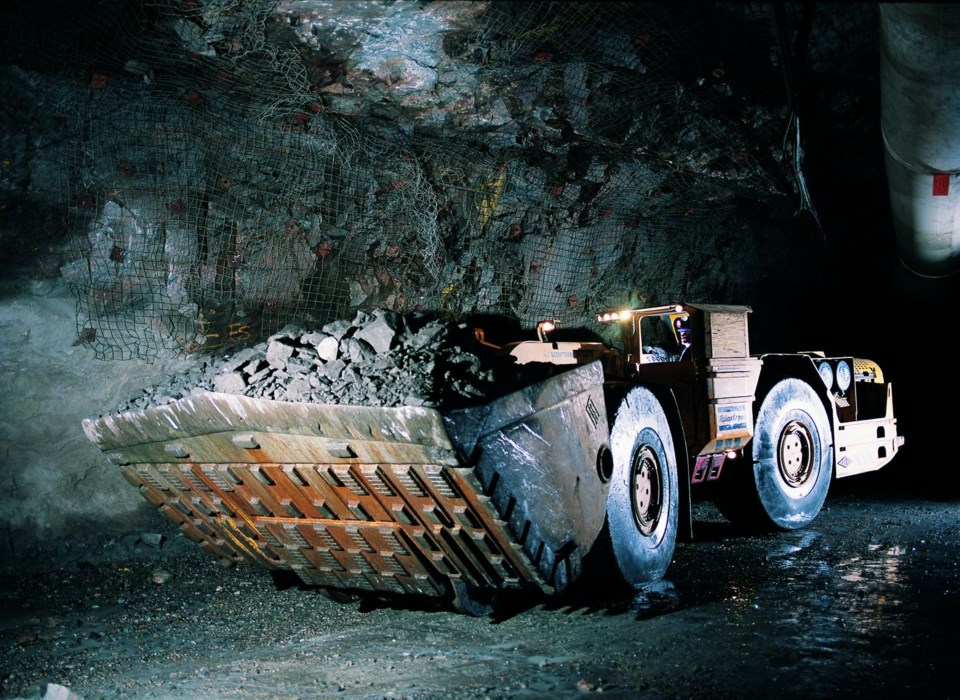 The results of a five-year Mining Mental Health study were released in Sudbury on April 10. (File photo)

Vale Canada has new insight into the mental health of its Sudbury-area miners, after the results of a five-year study were released on April 11.

Launched in 2015, the $400,000 Mining Mental Health project was funded entirely by Vale, with voluntary participation from its workers, members of the Steelworkers Union (USW).

The work was led by Dr. Michel Larivière, a clinical psychologist and former associate director for the Centre for Research in Occupational Safety and Health (CROSH) at Laurentian University.

He presented the findings of the study during the 2019 Mining Health and Safety Conference in Sudbury, commending the participants for their courage in sharing “sensitive stuff” they often don’t even share with their family doctors.

“This is going to be of extraordinary value to generations of students, leaders and the community of mining workers around the world,” Larivière said.

A total of 2,224 participants (56 per cent) across 25 work sites responded to a series of four questions, and of those, the respondents were an average of 43.6 years old, with 17.2 years of mining experience.

Researchers first asked about the state of mental health and the wellbeing of Vale employees. Roughly half – 56 per cent – are “at least experiencing enough symptoms to pay some attention,” Larivière said.

Eighteen per cent showed mild levels of depressive symptoms, while another 10 per cent experienced thoughts of suicide, but weren’t planning to carry those thoughts out.

Another 10 per cent showed symptoms of post-traumatic stress disorder (PTSD).

As a follow-up question, participants were asked what factors most strongly relate to the mental health and wellbeing of workers.

Larivière noted the workers represented “a relatively tired workforce,” since 30 per cent of respondents said they experienced “fairly bad sleep.” Workers reported an average of 6.2 hours of sleep, which Larivière called “insufficient.”

“People are telling us they’re tired,” he said, noting 28 per cent of respondents screened positively for signs of burnout.

But, Larivière said, having an interest and engagement in their work can help counter those negative aspects, and results from the survey show that respondents do feel committed to the work they’re doing.

Yet, a surprising finding for Larivière is that workers perceived their physical safety, on the job, to be greater than their psychological safety.

“It sounds like lot of work must have been done for people to perceive that their physical safety is not that bad,” he said. “But the psychological safety is different.”

Additional factors impacting workers’ mental health include anxiety, which in itself is exacerbated by things like chronic pain, physical illness, depression or stress, a previous mental health diagnosis, drug use (self-medicating), and workload.

But respondents said that social support from family and friends helped counteract those influences.

“That’s really neat because that’s one of the best predictors of longevity, too,” Larivière said. “The best predictor of happiness is to know a bunch of people in your life who care to know how you’re doing.”

For the third question – What factors predict an absence from work? – participants listed working more than eight hours, reporting symptoms of burnout, engaging in hazardous work, feeling discriminated at work, commuting more than an hour to work, and a mental health diagnosis or treatment as the top factors.

The final question asked respondents what helps get people back to work after they’ve been away for an illness-related absence.

Sixty-six per cent of respondents cited access to good medical support as the most significant factor.

Larivière said financial need came up as the top barrier to workers returning to work.

“People feel like they have to get back to work because they feel they’re financially struggling,” he said. “But they may also say they’re not ready, but they have no choice. That makes for a very risky return-to-work situation.”

Though “the ink is still drying on the data,” Larivière said the researchers are already looking at their next steps.

They’d like to build more research models that will predict and help prevent mental illness from happening.

They’d also like to pilot an intervention to see how they can help improve miners’ mental health and wellbeing.

Larivière said they would continue to share the data with colleagues around the globe.

Its three-pronged approach will focus on identifying and minimizing risk factors for workers and the company, promoting protective factors and eliminating the stigma of mental health, and optimizing support services that help workers stay at or return to work.

Currently, he said, internal awareness campaigns are already underway, and all ‘people leaders’ in the company are required to complete a mental health first aid course.

“What we’re really trying to do is maximize the mental health of all employees,” Hanson said.