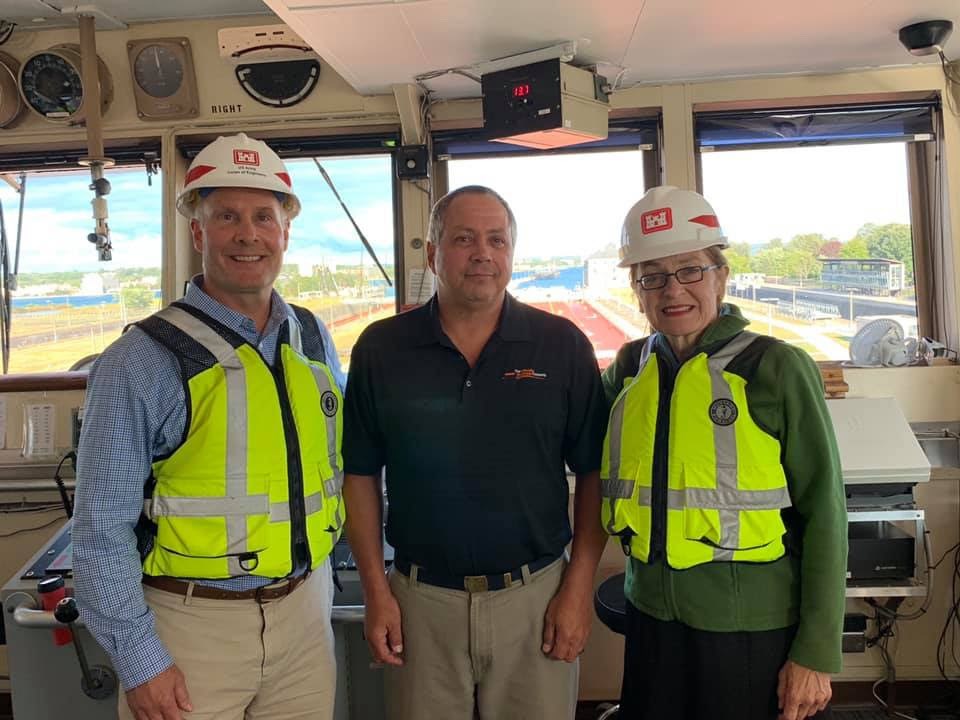 Congressman John Moolenaar (left) and Congreswoman Marcy Kaptur meet with Capt. Paul Berger on board the Mesabi Miner while it transits the Soo Locks on Aug. 22, 2019. (Supplied photo)

Another hurdle has been overcome to get a new lock built on the St. Marys River.

On Dec. 17, U.S. Congressman John Moolenaar announced that the House of Representatives had approved $73.5 million in funding toward the design and construction of the new lock.

Funding approval is expected to pass the Senate later this week and then go to the president for final consent.

“This is a historic day. For the first time in decades, legislation funding the construction of a new Soo lock is on track to become law,” Moolenaar said in a news release.

“This is a major priority for our state and as our state’s senior member of the House Appropriations Committee I have worked hard to get this funding through Congress.”

Only two of the four locks at the American canal are currently operational. One of the locks can accommodate the largest ships transiting between Lake Superior and Lake Huron, a vital North American iron ore and grain shipping corridor.

The existing Poe Lock, opened nearly 50 years ago, carries more than 90 per cent of all marine cargoes on this waterway. Its failure for any length of time would be catastrophic to the American manufacturing supply chain on the lower lakes.

The project was first authorized in 1986 but stalled over the next three decades.

Moolenaar said additional funds will be needed to finish the multi-year project, which is expected to near $1 billion by its completion.

The construction project is anticipated to create roughly 1,100 jobs.