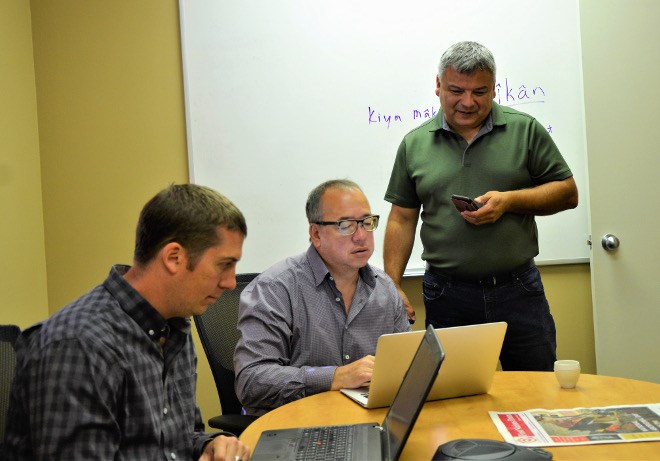 Professional Aboriginal Testing Organization marked the official opening – and the graduation of 11 students – at its Sault Ste. Marie location on July 30. (Supplied photo)

The organization established its Centre of Excellence in Lottery and Gaming Software Testing in the Sault last September. The Fredericton, N.B.-headquartered company trains Indigenous people in how to test software for clients before it hits the market.

Its goal is to employ 1,000 Indigenous software testers in 20 communities across Canada, with each location focused on a different area of the industry.

The company received $1.2 million in provincial funding last February and an additional $2.6 million from the federal government in June.

“The thriving lottery and gaming industry cluster is one of the reasons we expanded to Sault Ste. Marie,” said Keith McIntosh, who founded PLATO and its parent company, Professional Quality Assurance (PQA Testing), in a news release.

“We can learn from the experience of innovative companies like OLG (Ontario Lottery and Gaming) and CBN (Canadian Bank Note), and we can also share best practices and provide thought leadership as it relates to testing of software in the lottery and gaming sector.”

The company said PQA’s vice-president of lottery and gaming, Jennifer Rushton, has been working with executives throughout the North American lottery and gaming industry to identify needs and position the centre for success.

“We have been carefully curating an advisory group of lottery and gaming professionals who will add industry knowledge and experience to the PQA/PLATO testing platform in order to create a highly specialized program that can satisfy the demands of the industry,” said Rushton in the release.