J.J. Hilsinger named Humanitarian of the Year by the Hotel Association of Canada
Feb 27, 2020 3:56 PM By: Northern Ontario Business Staff 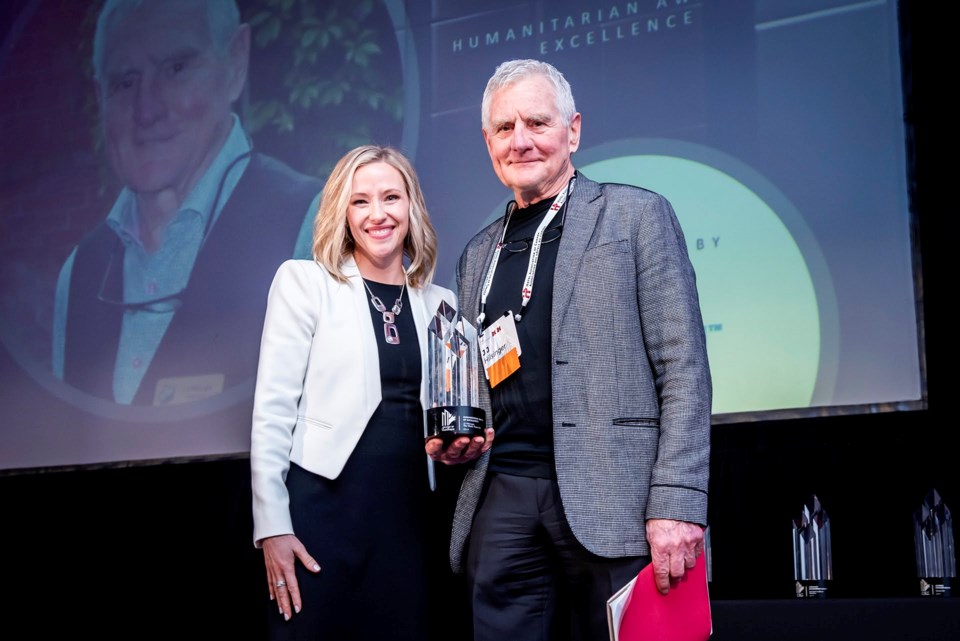 J.J. Hilsinger (right) received the 2020 Humanitarian of the Year Award from the Hotel Association of Canada (HAC). (Supplied photo)

Sault Ste. Marie hospitality entrepreneur J.J. Hilsginer has been honoured with the 2020 Humanitarian of the Year Award from the Hotel Association of Canada (HAC).

Hilsinger, who has owned and operated the Water Tower Inn in Sault Ste. Marie through its 46 years, received the accolade as part of the association’s 2020 Awards of Excellence, held on Feb. 24 in Toronto.

According to the association, “The purpose of this award is to recognize those working in, or who are affiliated with, Canada’s lodging industry who demonstrate dedication and responsiveness to the needs of the local, national and/or global community.”

In addition to growing the hotel into a premier site for accommodations and conferences, Hilsinger has been a significant driver of community spirit and philanthropy, both at home and abroad.

Among the local initiatives he’s supported, Hilsginer and his staff have raised money for the local ARCH Hospice, the Soup Kitchen Community Centre, Give Clara a Lift, and the United Way.

The inn has also served as a hub for events during the Algoma Fall Festival, and Hilsinger hosted Terry Fox during his historic nationwide Marathon of Hope to raise funds for cancer research and awareness about the disease.

Outside this country’s borders, Hilsinger has embarked on a number of long-distance cycling trips – in Africa, Asia, and Central America – each time raising money for a chosen charity to benefit the communities he visited.

“Although J.J.’s day job for many years has been to own and operate the Water Tower Inn in Sault Ste. Marie, his passion has been the land, his town, and Northern Ontario,” said Michael Atkins, the president of Northern Ontario Business and a long-time friend, in a news release.

For his efforts, Hilsinger has been recognized with many awards.

In 1988, he was bestowed a Northern Ontario Business Award for Entrepreneur of the Year, and in 2003, he was the first person to receive Tourism Sault Ste. Marie’s Award of Excellence.