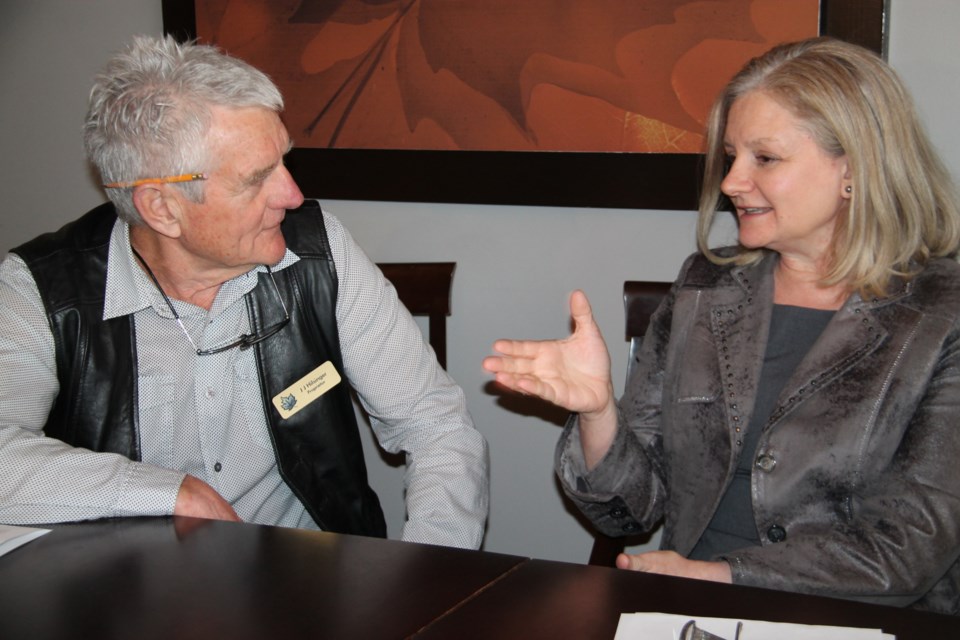 J.J. Hilsinger and daughter Donna Hilsinger dish about their plans for after new management comes in at the Water Tower Inn. (Darren Tayor/SooToday)

The association lauded Hilsinger as an active supporter of the Sault's growth for at least five decades.

"J.J. Hilsinger has been an outspoken figure in Sault Ste. Marie's business and tourism community for decades," reads a writeup on the association's website.

Hilsinger continues to be an active advocate for tourism in Sault Ste. Marie, speaking as recently as early September at city council in support of the John Rowswell Hub Trail and human-powered transportation in the city.

The year Hilsinger moved to the Sault, the International Bridge was completed and he opened Kentucky Fried Chicken on Great Northern Road.

Over five years, one restaurant grew to five, and he hasn't stopped human-powering himself through Sault Ste. Marie's tourism sector since he first put foot to pedal in 1962.

"J.J. built the Water Tower Inn in 1974," says Tourism Industry Association Ontario. "Still a family-run business, the Inn is known as a welcoming community meeting place in addition to a haven for visitors."

He was the first person to be recognized by Tourism Sault Ste. Marie with a Tourism Award of Excellence in 2003, and he was awarded a Northern Ontario Business Award for Entrepreneur of the Year in 1988.

He spearheaded a push to save Searchmont Resort in 1985 and then, in 2016, J.J. and his daughter Donna hired a management company to run the Water Tower Inn so they could devote more time to other interests.

"The Tourism Industry Association of Ontario (TIAO) is proud to announce J.J. as the 2018 recipient of the Tourism Industry Awards of Excellence's Lifetime Achievement Award," says the association. "His commitment to hospitality and community engagement embodies the spirit of Ontario's tourism industry, and this accolade is undoubtedly deserved."

With files from David Helwig and Darren Taylor