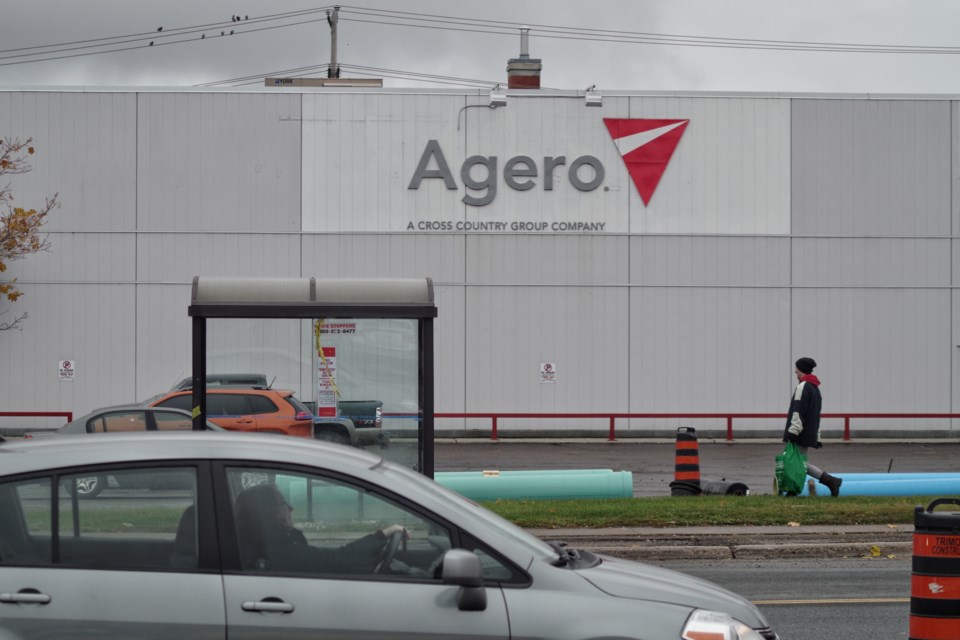 Agero announced on Oct. 28 that it will close its 15-year-old Sault Ste. Marie facility. (Michael Purvis/SooToday)

All jobs at Agero’s 15-year-old Sault call centre will be moved at the end of April to Agero facilities in Tuscon, Arizona and Clarksville and Tri-Cities (Kingsport, Johnson City and Bristol) in Tennessee, Horvat said.

“We believe that the best path forward is focussing on our core U.S. facilities,“ he said in a phone interview on Oct. 28.

Sault employees and municipal and provincial officials were advised of the job losses Monday morning.

Horvat said the decision was made because of the prohibitive cost of technology upgrades needed in Sault Ste. Marie, as well as travel difficulties posed by our “remote“ location and the company’s wish to consolidate its personnel management.

Back then, the business was simpler.

Customers used their phones to communicate by voice with the call centre.

But over the past decade, iPhones and other smartphones have become considerably more sophisticated.

The Sault facility needs technology upgrades that are prohibitively expensive, he said.

Horvat said discussions are being held with employees and provincial labour officials about pre- and post-layoff support for Sault workers.

“We recognize that this site has been in the Agero family for more than 15 years,” he said.

“We are taking every possible measure to make the transition as smooth as possible.”

The closure of Agero’s facility will signal the end of bricks-and-mortar call centres in Sault Ste. Marie with the exception of a small facility operated by OLG, but Horvat said a significant number of home-based agents continue to work for other companies in the Sault.

‘Customers have been like family’ says retiring Barsanti’s owner
May 10, 2021 3:00 PM
Comments