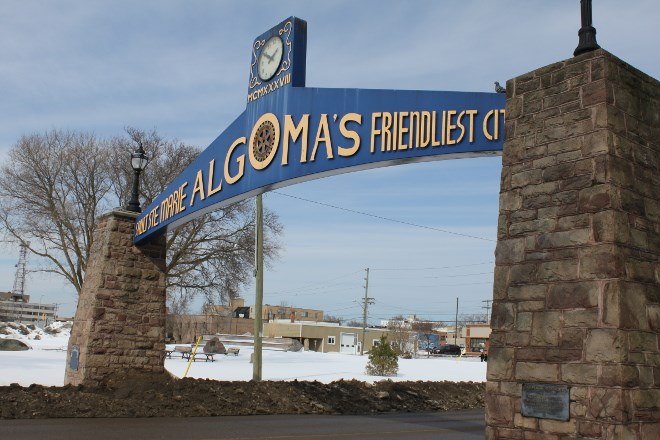 The City of Sault Ste. Marie is celebrating following Noront Resources’ announcement that it has chosen the city to locate its smelting facility, which will process ore from the Ring of Fire. (File photo)

News that Sault Ste. Marie would host Noront Resources’ $1-billion chromite smelter to process ore from the Ring of Fire was just the boost of confidence the city needed to get back on its feet, according to Mayor Christian Provenzano.

“You're happy when you work hard on something and it pays off, but really I was happy for the community,” Provenzano said reflecting on the news a day after the announcement.

“Our community's had a challenging four years and we needed a bit of a bounce. We deserved a bounce, we worked hard for one, and it came to pass.”

The May 7 announcement came following an extended period of economic uncertainty for the city, during which its largest employer, Algoma Steel, was embattled in a lengthy and complex creditor protection process that began in November, 2015.

That process wrapped up last fall, and the company has since come under new ownership, which has promised new investment into the operation.

Algoma Steel is now partnering with Noront to host the smelter and provide access to its adjacent port.

Provenzano said the Sault was confident in its proposal from the start of the process, echoing Coutts in citing the city’s strategic geographical location as its top advantage.

“If you look at the end market for this product, it's all in the northern U.S., and we sit on top of the Great Lakes at the Michigan border, immediately adjacent to and above the I-75 (highway),” Provenzano said.

Add to that available rail and barge access at the Algoma Steel site, and the fact that the steel plant is already engaged in metallurgical processing, and the case was a strong one, he added.

The start of construction on the facility is still at least six years away, but the city is already anticipating the economic bump the project will bring.

Construction will require roughly 1,500 people, and when in full operation, the smelter could employ 300 to 500.

Rory Ring, CEO of the Sault Ste. Marie Chamber of Commerce, said on projects like these, every dollar invested results in an economic multiplier of $3 to $5 in spinoff activity.

“So not only is there the construction component that will have an initial significant impact on our economy here, but it's the ongoing jobs that it will create,” he said.

“It's also maintenance contracts; it's office supplies; it's all those type of things. And the ramping up of the engineering and environmental testing. That, too, will have its initial economic impact here.”

Years of prep work are ahead, but Ring views this as an opportunity for the city to showcase its forward-thinking approach to environmental sensitivity.

The city has also pledged to work alongside its Indigenous neighbours, Batchewana and Garden River First Nations, to ensure appropriate and thorough consultation in what is traditional Robinson-Huron Treaty territory, he noted.

“I think it will lead to some excellent innovation and development of how to address environmental concerns while building economic prosperity by adding value to our natural resources,” Ring said.

Going forward, Ring said the chamber, alongside its provincial and national counterparts, will continue to advocate for provincial and federal government backing of the project. In particular, Ring noted, it will be crucial to get support for building the transportation corridor into the Ring of Fire.

The city, too, will continue in a support role as Noront starts the long process of prepping for construction.

Provenzano said the city is currently in the final year of completing its official plan, which will map out development in the city over the next 20 years.

With a projected growth in population, the plan will consider things like residential development, Provenzano said, which complements other efforts underway.

Under its FutureSSM community development plan, the city has been examining a number of avenues to attract newcomers to the city, including a proposal to draw out-of-work General Motors workers from Oshawa.

With that city’s assembly plant slated to close by year’s end, unemployed skilled workers could find work in the Sault, filling positions that currently sit vacant.

“You've just got to keep putting irons in the fire and you've got to keep working on your goals,” Provenzano said.

“When you do and your intentions are good, and your heart and your mind's in the right place, good things will happen. And that's really the essence of it: we're just trying to make some good things happen.”