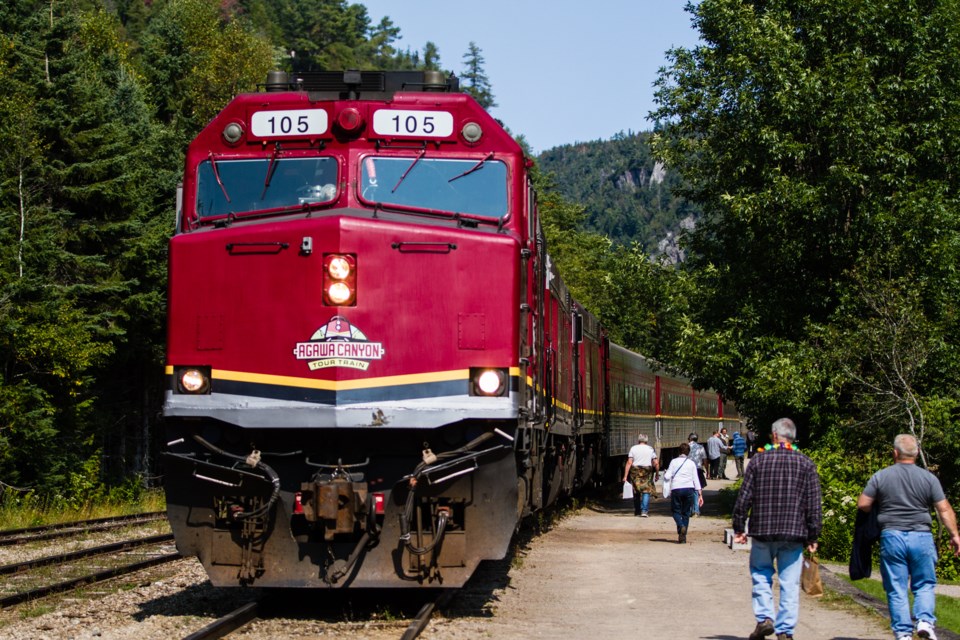 The Algoma Central Railway (ACR) is delaying the launch of the Agawa Canyon Tour Train’s 2020 season.

In a late-April message posted to the attraction’s social media sites, the ACR said the train would not start its seasonal run in June as scheduled.

ACR called it a “difficult but necessary” decision.

“Due to the COVID-19 virus, and in accordance with guidance from the Government of Canada, we have made the decision to delay the start of the Agawa Canyon Train Tour season until Sept. 1, 2020,” reads the message.

“We will re-evaluate the situation after the Province of Ontario lifts the mandatory shutdown order.

“We must act responsibly and to do our part to help curb the spread of the COVID-19 pandemic.”

The tour operator said tickets and accommodation packages would be cancelled with a full refund within 30 business days.

Departing from downtown Sault Ste. Marie, the excursion takes travellers 183 kilometres north of the city, through dense wilderness, into the Agawa Canyon.

It’s most popular during the autumn months when visitors can take in the season’s changing colours.

The tour is of particular interest to fans of the Group of Seven painters whose famous works were inspired by the natural beauty of the area.

This year marks the 100th anniversary of the Group’s first official exhibition, when, presumably, the tour would have been in greater demand amongst enthusiasts.

Last March, the tour train was the subject of a study, commissioned by the city’s economic development corporation, to determine how to best maximize the tour’s potential over the next decade.

– With files from SooToday.com