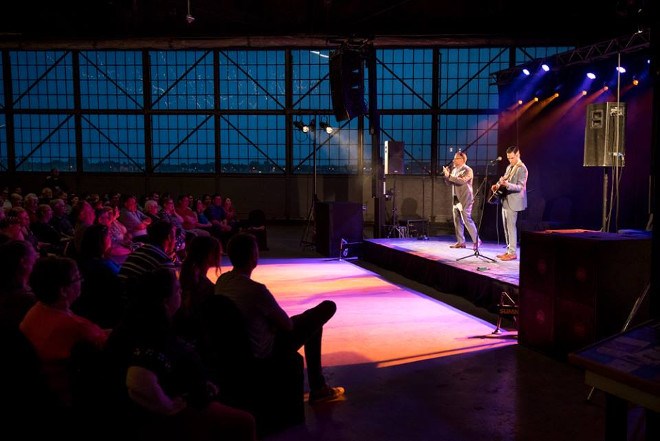 John Catucci and David Mesiano, from the musical comedy duo The Doo Wops, perform at the sold-out 2018 WTF Variety Show, which was held at the Canadian Bushplane Heritage Centre on June 9. (Supplied photo)

Festivals in Sault Ste. Marie and Thunder Bay were among those being recognized for tourism excellence in February.

Festivals and Events Ontario (FEO) announced its top picks to receive Achievement Awards during its annual conference on Feb. 28.

Thunder Bay’s Live on the Waterfront earned two awards: Best Promotional Campaign ($100,001 to $500,000) and Sponsor of the Year (Ontario Power Generation). Live on the Waterfront is Thunder Bay's premier performing arts series, showcasing the best local talent alongside some of Canada's finest artists. Presentations run from 6 p.m. to 9 p.m. on eight consecutive Wednesdays through the summer.

Submissions from FEO members were received for consideration in the fall of 2018 and were judged by an independent panel of judges.

Established in 1987, Festivals and Events Ontario is devoted to the growth and stability of the festival and event industry in Ontario. According to the organization, the festivals and events industry in Ontario is estimated to generate in excess of $2.3 billion annually in contribution to regional GDP, create/sustain approximately 50,000 full-year-equivalent jobs, and foster approximately $1 billion in taxes at all levels of government.