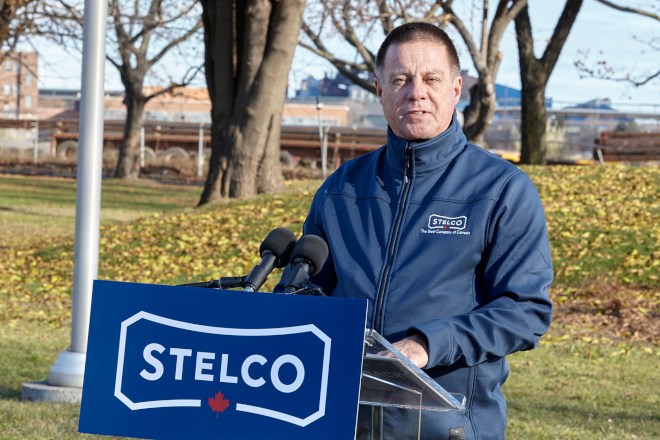 Michael McQuade is the new CEO of Algoma Steel, according to a statement by the Sault Ste. Marie sheet and plate producer released late on March 11.

He replaces Kalyan Ghosh, who has resigned.

McQuade, who became a director of Algoma last year, was most recently the CEO of Stelco (formerly known as U.S. Steel Canada), which went through a similar three-year bankruptcy protection process as Algoma.

McQuade retired from Stelco in October, 2017.

Over a 35-year industry career, McQuade filled a variety of roles with the Hamilton steel position, including finance, accounting, operations and sales.

Beginning as a co-op student in the 1970s before being hired in 1980, McQuade rose through ranks in accounting and operations.

"Mike has the skills and experience to lead Algoma in the next stage of its evolution as a leading Canadian steel company and globally competitive producer," said Andy Harshaw, Algoma chairman, in a news release.

"Mike and the other members of Algoma's leadership team will build on the company's financial and operational strengths and oversee the company's CAD$300-million facility modernization program. This program will expand the company's capacity and grade capability and position Algoma to meet the growing demand for advanced grades of steel.

"As our new chief executive officer, Mike McQuade will work closely with our employees and business partners to build on Algoma's strengths, generate value, and maintain Algoma as the industrial cornerstone of Sault Ste. Marie."

"I am proud of all that we have accomplished in Algoma's turnaround and excited about its future, but I believe the time is right for me to move on to the next phase of my professional life," Ghosh said in a statement.

The company, formerly known as Essar Steel Algoma, entered Companies’ Creditors Arrangement Act (CCAA) in November 2015 and emerged from the lengthy and complex process in November 2018.

The steel producer also announced it was restoring its historic name from 1901, Algoma Steel.