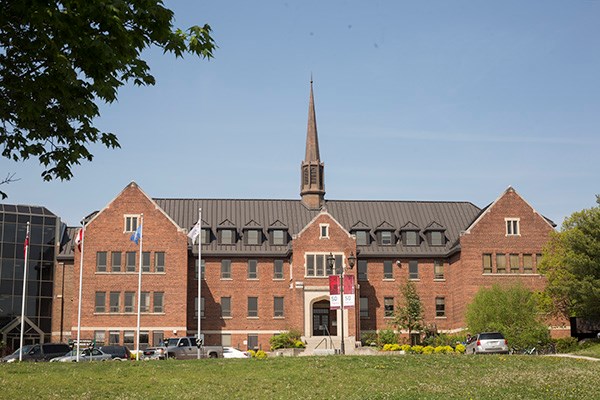 Algoma University in Sault Ste. Marie is experiencing a strong increase in enrolment, mostly from students from the Toronto area. (Kenneth Armstrong/SooToday)

Growing interest from Toronto-area students is being credited for an increase in enrolment at Algoma University.

This marks the second consecutive year the school has experienced dramatic growth.

Algoma said there was a 62 per cent increase in applications from the Greater Toronto Area as well as an increase from students living in the Sault and surrounding area.

“This is great news for Algoma University. Our strategic enrolment management efforts have far exceeded our original expectations,” Asima Vezina, Algoma’s president and vice-chancellor, said in a Jan. 24 news release.

“The data released this week continues the positive momentum generated through the 12 per cent enrolment growth we achieved during the current academic year.”

The school said it was also seeing increased interest from international students, who are enrolling in computer science and biology, along with programming available through its newly established School of Business and Economics in Sault Ste. Marie and Brampton.

Brent Krmpotich, Algoma’s director of enrolment management and international, said the numbers show that the school’s strategy for fulfilling an “aggressive growth plan” is paying off.

That includes a series of 2+2 pathway agreements with Sault College that allow students to more easily transition to university degree programs.

Algoma said the numbers are particularly encouraging considering that universities outside major metropolitan areas are “struggling with changing demographics,” and that enrolment from Northern Ontario communities is down overall.