Creativity the name of the game in recruiting employees 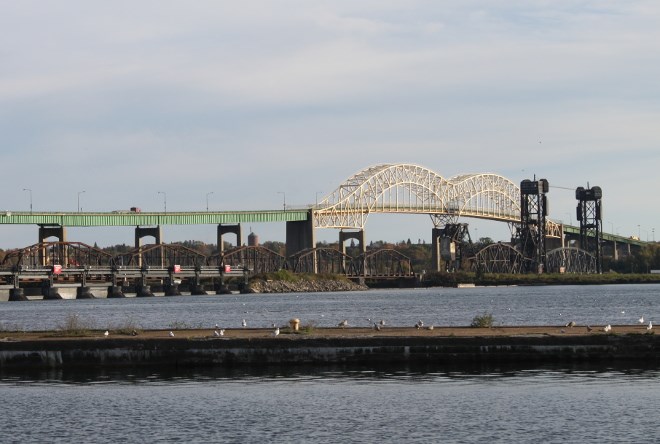 Retaining employees at the Island Gold underground mine in northeastern Ontario can be a challenge for Alamos Gold.

Located 83 kilometres northeast of Wawa, the site is remote enough that most employees work on a rotational basis, seven days on site and seven days at home.

But with a young workforce, many of whom are starting families and prefer to stick closer to home, the company has had to be creative in how it attracts and retains talent.

“Any business is based on people, so focus on your people, what they need, what they want,” said Carly Gagnon, a human resources generalist at Alamos Gold.

“The younger generation, their focus is a lot different than when we may have grown up. It's important to listen to that, have them participate, and just focus on the people.”

Gagnon was providing input as a speaker during Algoma’s Workforce Planning Summit on March 5 in Sault Ste. Marie.

Hosted by the Algoma Workforce Investment Corp. (AWIC), participants at the one-day session discussed ways to attract and retain employees, succession planning, and the transfer of knowledge between older and younger generations of workers.

Since the Island Gold operation started up in 2014, the workforce has grown to 400 people.

Business has been good, but Alamos has had to initiate hiring freezes because the company didn’t have a place to house everyone.

Alamos is now in the process of building a housing facility that, when complete, will accommodate 250 of its employees.

So Alamos has developed a mentorship program that supports the employees while they go through an apprenticeship.

The company will pay the worker’s wages while they’re gone, also covering the cost of schooling and books, and then, if the worker should leave the company, Alamos works out an agreement for the worker to pay that money back.

When it comes to succession planning, in departments such as the technical services group, where the workers tend to be younger, they’ve set up informal mentoring to ensure valuable knowledge and experience isn’t lost.

“They’re really good at bringing back semi-retired geologists and spending a month or two with newly promoted geologists or engineers, and that seems to do really well for our groups,” Gagnon said. “The transferring of knowledge is smooth for them.”

As with many Northern Ontario communities, an aging workforce, combined with slow population growth, is an increasing problem in Algoma.

According to the 2016 Census, 25 per cent of Algoma’s population is aged 65 and over, and so the region needs to prepare for a major shift in the workforce, noted Jonathan Coulman, executive director at AWIC.

“We’re going to have more and more people leaving the workforce as they retire.”

Some of that crunch can be assuaged by immigration.

Sault Ste. Marie was chosen as one of 11 communities in Ontario – along with Timmins, Thunder Bay, Sudbury, and North Bay – to qualify for the Rural and Northern Immigration Pilot Program, an initiative of the federal government announced in June 2019.

Since then, FutureSSM has received more than 15,000 expressions of interest from people requesting more information about the city and potentially living there, said Paul Sayers, labour force development coordinator at FutureSSM, the organization rolling out the Sault’s diversification strategy.

Of the résumés received, Sayers said 70 per cent came from highly skilled, highly educated people with a substantial level of work experience.

“But the majority of them were not in sector-specific roles that we were seeking,” such as manufacturing, skilled trades, aviation, and health care, Sayers said.

In year one of the program, Sault Ste. Marie will be accepting up to 100 applicants, with the potential for that number to increase, he noted.

But already there have been snags.

Some candidates don’t meet the language requirement for their occupation. In other cases, there’s a discrepancy between the median wage established by the government for a particular occupation and the wage paid to that worker in Sault Ste. Marie.

For example, the average median wage for a physiotherapist assistant is $14 per hour, according to the national benchmark. But in northeastern Ontario, that hourly wage averages $14.56.

Despite the need to work out some kinks, Sayers said seven candidates have been recommended by a vetting committee, and he was optimistic that more would be approved soon.

“There has been substantial interest,” he said.