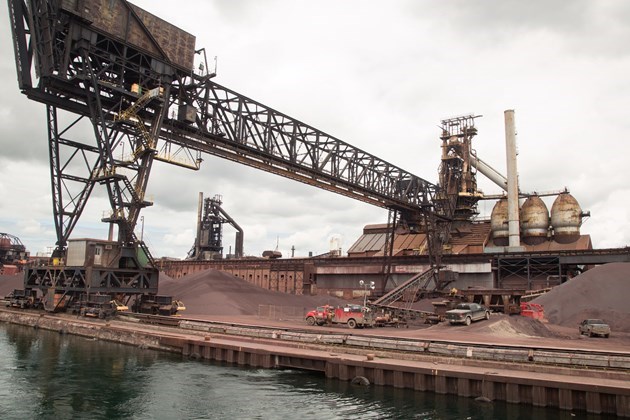 The Algoma Steel plant in Sault Ste. Marie has secured $150 million in combined federal and provincial funding to upgrade the facility and maintain jobs. (Kenneth Armstrong/SooToday)

The Algoma Steel plant in Sault Ste. Marie will receive $150 million in combined federal and provincial funding to help the steelmaker get back on its feet following an extended period under creditor protection.

The two governments made a joint announcement during a visit to the facility on Jan. 10.

“In these challenging times for Algoma, and in the face of unfair and unjust tariffs, we are committed to stand shoulder-to-shoulder with our hardworking steel and aluminum workers, their families and their communities,” Economic Development Minister Navdeep Bains said in a news release.

An additional $60 million from the province will come in the form of a repayable loan. The province said it had also negotiated an agreement requiring the new owners to “identify and address past environmental contamination of the Sault Ste. Marie mill site.”

“Our government is committed to ensuring Algoma Steel remains competitive and sustainable in a tough market,” Northern Development and Mines Minister Greg Rickford said in a Jan. 10 news release.

“The investment announced today secures thousands of jobs and pensions and signals Northern Ontario is open for business.”

The funding will be used to maintain 3,000 Sault jobs and create 50 new ones, as part of a $600-million capital upgrade program that includes adopting new technologies, improving productivity, and sustaining competitiveness in the global market.

According to the news release, “improvements will help Algoma Steel modernize its core production assets, including the steel rolling and steel plate mills, which will position the company to offer a wider range of steel grades and increase production capabilities.”

New owners took over operation of the plant (formerly Essar Steel Algoma) this past November, pledging to upgrade the facility and hire new workers.

Kalyan Gosh, who has retained his position as company CEO, said the government funding would help with that investment.

“This support is vital to our modernization initiative, enabling us to grow and sustain our competitive position as an advanced manufacturer in Canada,” he said in the federal release.

“We greatly appreciate the government’s continued advocacy for Canadian steel.”

In operation since 1901, the Sault steel plant manufactures and sells hot and cold rolled steel products including sheet and plate.