Township offering incentives in campaign to revitalize community
Jun 7, 2018 8:00 AM By: Ian Ross 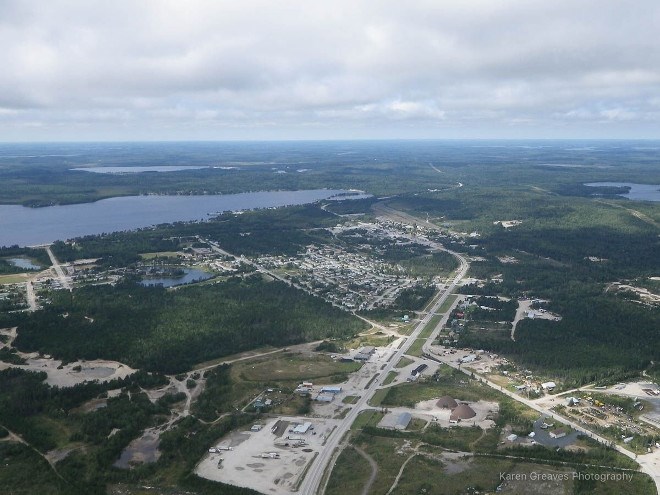 The Township of Ignace boasts it's on the brink of transformation with significant economic development projects and the rollout of a new community readiness plan.

Ignace is rolling out the welcome mat for investors.

The northwestern Ontario forestry town is set to unveil a promotional campaign and community readiness strategy on June 14 to showcase the new approach it’s taking toward future development that officials believe is surely coming their way.

Branding the event as “Explore our possibilities and celebrate our success,” the township is providing a slew of incentives to attract people and business, and offer a glimpse of the economic prospects in the hopper for the Trans-Canada Highway community, about a three-hour drive west of Thunder Bay.

“We believe that Ignace is going to be transformed in the coming years,” boldly predicts Jason Felix, the township’s economic development manager.

A new website, logo, and promotional video are part of the rebranding effort along with a package of incentives for new and existing businesses, including municipal tax breaks, accessibility grants, and a program to sale surplus town property for up to 90 per cent off its market value.

Felix is hoping to duplicate the success – and maybe garner the same national attention – experienced by Smooth Rock Falls last year where he last worked.

That northeastern Ontario, former one-mill town was in dire financial straits and seeing an exodus of residents following the closure of the local pulp and paper mill in 2006.

Smooth Rock Falls’ officials launched a campaign laden with incentives and the promise of cheap land to woo people and business to the beleaguered community. A Toronto developer quickly snapped up the lots, prompting the municipality to initiate a second round of land sales.

“With the anticipated growth that we are expecting, this place is going to be full to capacity,” Felix said.

Ignace has experienced a wave of optimism before, back when the community’s population was more than 3,000.

When Falconbridge and Noranda Mines were operating in the area in the 1970s, the municipality built a subdivision, installing hydrants and laying out streets named after the Great Lakes. Only jack pine populated the dormant development with the roads reduced to trails that lead nowhere.

This time, Felix said, they’re talking about growth in a more pragmatic and strategic way.

“We don’t want to react to growth. We want to take a proactive approach and build capacity in anticipation of what is to come.”

This time, the township is in the running to host a nuclear waste repository and hopes to capture some of the spinoff effects from mine development in the Ring of Fire.

The Resolute sawmill remains a big employer – that’s currently hiring – but the residents surveyed by the township want to see a more diverse and sustainable economy by finding ways to capitalize on its highway and rail connections to cater to road-weary travellers and attract manufacturers.

“We don’t want to be branded as a one-industry small town,” said Felix.

Mining in the Far North is a front-burner topic.

The municipality is hanging its hat for growth on the nearby Highway 599 junction – the road that runs north to Pickle Lake.

They’re touting it as the gateway to the Ring of Fire, the stepping off point into a proposed east-west access corridor into the remote James Bay mineral belt, if the route and control of the road can ever be ironed out between area First Nations and the province.

“We believe that any development that takes place there will benefit us tremendously because of our location,” said Felix.

Ignace is one of three Northern Ontario communities shortlisted (along with Manitouwadge and Hornepayne) to host the mine-like repository through the Nuclear Waste Management Organization’s (NWMO) lengthy and meticulous site selection process. Two communities in southwestern Ontario are also being considered.

A final decision won’t be rendered until 2023.

But in the meantime, area drilling began last fall to determine if Ignace possesses the right geological structure for the underground facility.

Felix said the community has been open-minded enough to educate themselves in weighing the pros and cons of the perceived safety and environmental risks versus the magnitude of a potential $24-billion development that could “transform the community for generations and decades to come.”

“We are confident we have all of the things they are looking for.”

Ignace is also on the hunt for more retail. The nearest Wal-Mart is an hour’s drive away in Dryden.

“Any form of retail business would definitely do well here,” said Felix.

On the wish list is a clothing outlet, a hardware store, and they wouldn’t mind adding another grocery store and more restaurants, along with bringing a developer to town to build seniors housing.

Felix added there’s plenty of tourism potential in Ignace, known as a hunting and fishing destination, for more product development and investment.

There’s also some succession planning opportunities. An immigrant family bought a local motel and has upgraded the property.

In promoting a positive outlook for this new direction, Felix hopes locals will become brand ambassadors. The plan that’s been put together is a reflection of a year’s worth of feedback and he hopes residents take ownership of it.