Neskantaga, Eabemetoong out to stop provincial road-building process that excludes them
0
Jun 1, 2018 3:39 PM By: Ian Ross 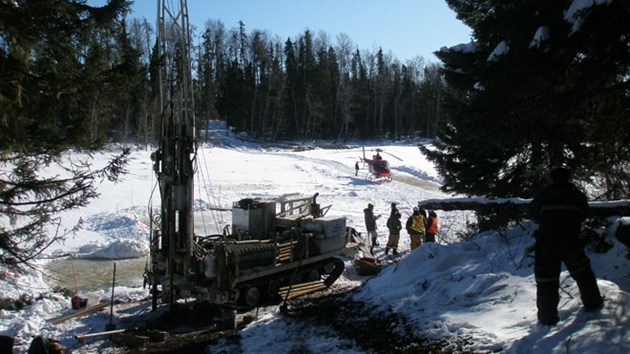 The signing of provincial agreements to get two proposed Ring of Fire roads out of the starting blocks has drawn the wrath of two area First Nation communities.

The Matawa First Nations communities of Neskantaga and Eabametoong call the agreements to initiate the provincial environmental assessment process (EA) to build roads into the Far North an “aggressive” move by Queen’s Park that sidesteps the government’s regional consensus-based approach to development.

The communities said the government’s “private deals” with its neighbours, Marten Falls and Webequie, “will only lead to further frustrations and delays” in getting roads built in the James Bay region.

“This is a big step toward opening up the North,” said Neskantaga Chief Wayne Moonias in an interview.

”If the roads are going to go in and there’s no involvement from our communities then it’s going to be a challenge for the proponents or the government that’s going to try and take this project forward.”

Of the cluster of five communities closest to the Ring of Fire, Eabemetoong and Neskantaga have been bypassed in the road-planning process, announced last summer by the provincial government.

They’ve become staunch opponents of the government’s approach to work only with First Nations that are development-ready.

The communities contend it will open up the area to “unplanned and uncontrolled” road development, threatening the environment and their way of life.

They accuse the province of ignoring a First Nations road corridor study in 2015 that recommended more study given concerns about the impact on traditional activities like hunting, fishing and trapping.

With a mineral resource conservatively estimated to be in the $60-billion range, Moonias said for a mining project of this scale, all of the nine Matawa First Nations communities need to be included in the decision-making process, not just two.

The new agreements with Marten Falls and Webequie – designated by the province as the road proponents – were signed off by Environment and Climate Change Minister Chris Ballard on May 3, just days before the writ was dropped on the provincial election.

Marten Falls made their announcement on May 31, thanking “Premier Kathleen Wynne and the Ontario Liberal Party for their historic support and funding for this EA.”

The Marten Falls road would be the first of a two-phase construction project to build a north-south corridor into the Ring of Fire.

It would connect the remote community to the provincial highway system in the Aroland-Nakina area of northwestern Ontario, at the north end of the Painter Lake forestry road.

The road’s second phase will involve a crossing of the Albany River to create a corridor to the future mining camp. It’s not known if any environmental process work has started on that second leg.

A full environmental assessment usually takes two to three years. Ottawa will also have a role to play through the Canadian Environmental Assessment Agency, especially with two communities speaking out in opposition.

According to the Marten Falls release, the EA process begins this summer and will involve consulting with neighbouring communities to include “their thoughts and ideas in a meaningful way.”

The north-south corridor is widely believed to be the path for a future ore-haul railway for Noront Resources to send chromite off for processing.

The Webequie EA agreement involves a proposal for a short supply road from the community airport to Noront Resources proposed Eagle’s Nest nickel mine site.

Nothing appears to have been signed for an access road linking Webequie to the provincial highway system.

Last August, Webequie and neighbouring Nibinamik were proclaimed by Premier Kathleen as the province’s First Nation partners for an east-west road corridor.

It signaled the start of the planning process for a dual-use road for both the mining companies and communities to connect with the highway at Pickle Lake. The Marten Falls road was announced at the same time.

The provincial government had been under the gun to show some tangible results on the Ring of Fire heading into the 2018 election year after years of promising $1 billion for mine-related infrastructure.

As announced in August, the province said environmental assessments on both roads were to have started last January with construction started sometime in 2019. Noront Resources wants to begin mining in 2022.

But within days, Webequie and Nibinamik softened their support, calling any plans for a mine access road premature. The main sticking point continues to be jurisdictional issues over control of the road.

Moonias claims his community has been left out of the discussion of how and where roads will be built and how development will occur. They only receive notification after major decisions have been made, he said.

“There are plans being made – it seems to be happening in secret – with very little information being provided to our communities.”

With his community located in the Attawapiskat River watershed, one of the large river systems to be spanned for a north-south route, Moonias said his community deserves to be jointly involved with the province on discussions.

The two-road proposal, he said, breaks the spirit of the Regional Framework Agreement signed by all the Matawa communities in April 2014, and smacks of the premier reneging on her pledge to achieve consensus.

“Where does that leave the remaining First Nations even though the premier committed years ago that she was going to work with all nine First Nations, or she wasn’t going to pursue this proposed project.”

The Regional Framework Process was designed to give area First Nations a say in how development would unfold and how they would participate and benefit from mining activity while safeguarding the environment.

But the discussions involving the framework and the jurisdictional table on the roads, land-use planning and permitting are on hold pending the outcome of the election.

“There are definitely a lot of issues that need to be dealt with before shovels are in the ground,” said Moonias.

He wants the next government at Queen’s Park to be intent on developing a better nation-to-nation working relationship by including all the communities in decision-making.

“Clearly that’s not panning out because things are happening without the involvement of all of us.”

Moonias isn’t advocating for dissolving the Regional Framework process, saying “there’s been some work done,” but for a reset of the process with a government intent on forming “true partnerships.”