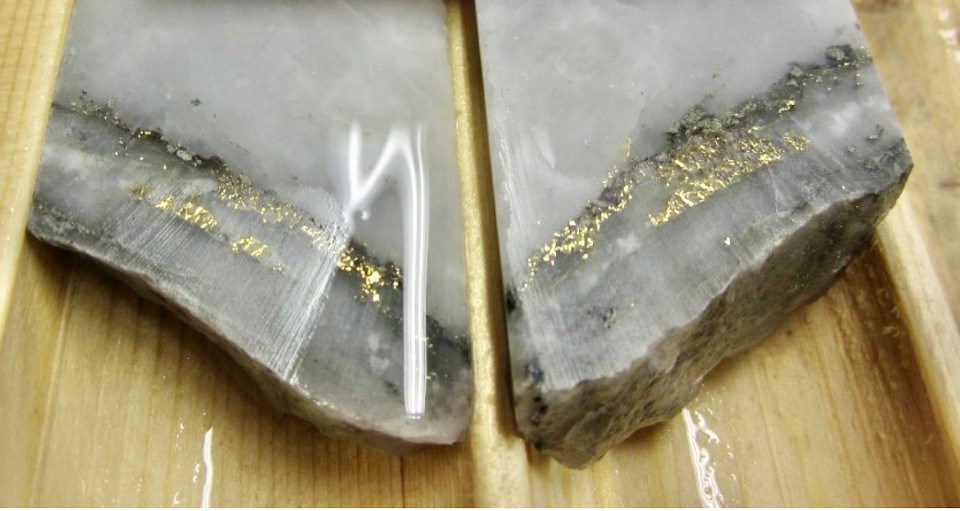 An Australian gold explorer poking around the former Pickle Crow Mine in northwestern Ontario believes it might have a mineable gold deposit.

After started an inaugural round of drilling at the Pickle Crow project in late May, Auteco Minerals is stepping up its exploration efforts by hauling a second rig to the property, east of the community of Pickle Lake.

In a June 29 news release, Auteco is expanding its drill program from 5,000 metres to 10,000 metres. A 24-man camp is being delivered to the property next week to support the company's activities.

Assay results are still pending from the first nine drill holes, but the company sees enough visually encouraging signs of high-grade gold in the core that validates its theory of multiple new discoveries within the 'shadow of the headframe' of the former Pickle Crow Mine.

In the release the company said: "Given the depth, width and grade of the deposit Auteco considers that the mineralization has a reasonable prospect of eventually being mined."

Auteco said gold mineralization runs in all directions from the surface and at depth, next to the former mine's infrastructure.

“We are now undertaking the first systematic exploration program at Pickle Crow for 50 years."

Perth-based Auteco has been a fast mover since signing a joint venture agreement with Vancouver's First Mining Gold on the Pickle Crow gold project last January. Auteco staked more ground in February to grow the land package from 130 square kilometres to 320 square kilometres.

The project area is about 10 kilometres from the Pickle Lake airport.

Between 1935 and 1966, the Pickle Crow Mine produced 1.5 million ounces of gold at 16 grams per tonne. The mine closed when the price of gold bottomed out at US$35 an ounce.

In reviewing old geological data of the property, Auteco felt confident enough to post a first-time inferred resource at 830,000 ounces of gold at 11.6 grams per tonne. But the company contends there are multiple, underexplored, gold trends on the property, outside of this maiden resource area.

Once mining ceased at Pickle Crow in 1966, there was limited exploration of the area. Any work that was done with modern exploration techniques, Auteco said, was "fragmented" and focused on developing small pockets of mineralization near the old mine infrastructure.

The company said they'll do a wider search of the property with the second rig deployed in July to do step-out drilling on some identified "walk-up" targets.

An updated gold resource update of Pickle Crow will be published later this year.

“This is just the beginning of work at Pickle Crow," said Shorrocks. "Our active exploration has three goals: Firstly near-term resources growth focused on adding geological confidence to already identified areas of mineralisation that can be brought into the resource inventory.

“Secondly, extensions to the current known resources which remain open in both along strike and down dip.