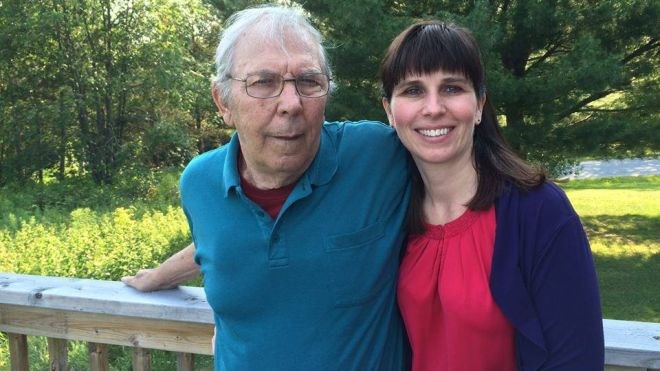 The man who inspired a crusade for justice for ailing Northern Ontario miners has died.

Jim Hobbs died on May 24, at the age of 76, following a 16-year battle with Parkinson’s disease.

Born in Massey, Hobbs spent more than 30 years working as an underground miner in nickel and uranium mines in Elliot Lake and Sudbury.

At the age of 60, Hobbs was diagnosed with Parkinson’s disease, which inspired his daughter, Janice Martell, to launch the McIntyre Powder Project in 2015.

The voluntary registry catalogues health issues in workers who were exposed to aluminum dust, as Hobbs was, during their employment as underground miners. The dust, known as McIntyre Powder, was administered to workers prior to their shifts, as a preventive measure against silicosis, between 1943 and 1980, in Northern Ontario and around the globe.

When the practice was found to have no benefit to miners, it was discontinued, but there has been no follow-up research to determine if and how the dust impacted miners’ long-term health.

Martell’s project serves as a centralized place for miners exposed to aluminum dust to register and document their health issues, and she has been lobbying for funding to further the research, with the eventual goal of getting compensation for miners who have been impacted.

She has since teamed up with the United Steelworkers and the Occupational Health Clinics for Northern Ontario Workers (OHCOW) to host a series of intake clinics to register workers and document any potential connection between aluminum exposure and neurological illness.

There are now more than 325 people listed on the registry, and international experts on aluminum have expressed interest in studying the issue further.

Current WSIB policy does not recognize dementia, Alzheimer’s disease and other neurological conditions, as a result of workplace exposure, under the Workplace Safety and Insurance Act, which means former miners whose health may have been impacted by aluminum dust cannot receive compensation for their illnesses.

However, earlier this year, the WSIB announced it would undertake a review of the policy.

Following her father’s death, Martell has intensified her push for change, meeting with Ontario Labour Minister Kevin Flynn on May 31 to pressure the province for research funds to continue looking into the connection between aluminum and neurological disease. She also wants changes made to the WSIB system to make the claims process easier for workers to navigate.

Hobbs’ life was celebrated at the Massey Arena on June 3. He leaves behind his wife, Elaine, along with seven siblings, four children, and a host of grandchildren and great-grandchildren.

“He faced his illness with dignity, a positive attitude and strength, with the loving support of his devoted wife and family,” reads his obituary. “He was our rock and will be greatly missed.”