Wyloo Metals would put proposed Sault ferrochrome plant under the microscope, if successful in bid for Noront Resources 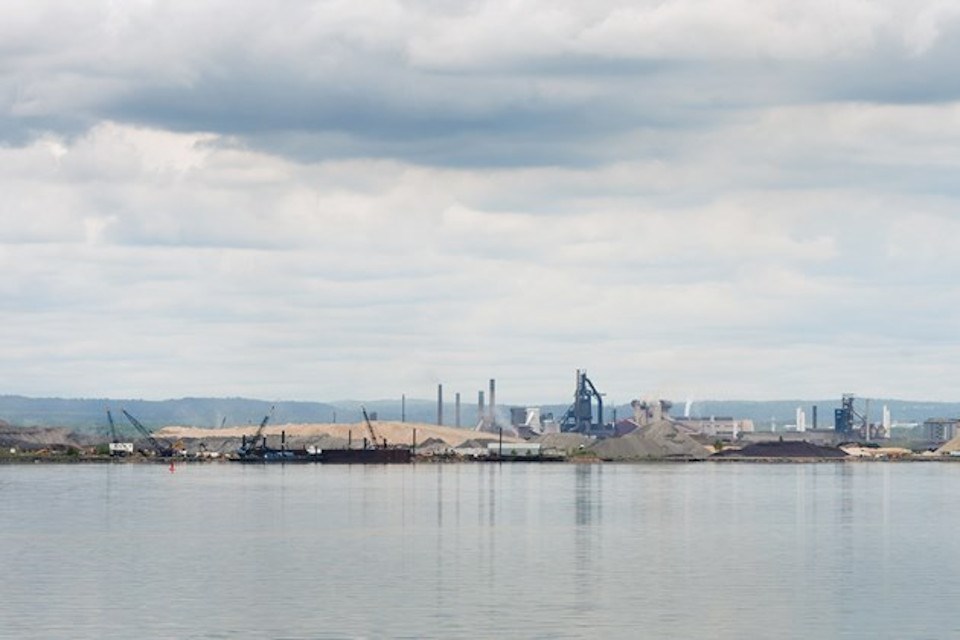 The prospective Australian buyer for Noront Resources won't make any immediate shifts in strategy in the Far North mineral exploration camp should it acquire the Toronto junior mining company. But it will reassess the location of a proposed ferrochrome processing plant slated for Sault Ste. Marie as part of its own independent study.

The head of Wyloo Metals, the Perth-based mining company, is making it clear that the apple of its eye is the high-grade Eagle's Nest nickel deposit – the lead project in Noront's mine development pipeline – not so much its chromite prospects.

"The focus is on nickel," said Luca Giacovazzi in an interview with Northern Ontario Business.

The chromite potential in the Far North mineral belt, Giacovassi said, is viewed by Wyloo as more of a "longer term opportunity."

Privately held Wyloo, a subsidiary of Tattarang, one of Australia's largest private investment firms, is making a stab at acquiring all of the outstanding common shares of Noront, well beyond the 23 per cent share stake it currently holds as Noront’s largest shareholder.

The company announced its intention in late May to make a $133-million all-cash bid for Toronto-based Noront, the lead mine developer in the remote James Bay region.

Owned by Australian mining magnate Andrew Forrest, Wyloo brings the financial heft not associated with the Ring of Fire since Cliffs Natural Resources. The Ohio iron ore miner pulled out of Ontario in 2015, allowing junior miner Noront to scoop up its properties in a bargain basement deal.

Like many aspiring nickel miners, Wyloo is on the electric vehicle (EV) bandwagon.

The company's strategy is to invest and acquire 'green metal' projects, such as nickel sulphides, to feed the EV battery market and help decarbonize the global economy. They're searching worldwide to spend money on the next generation of mines, first in Western Australia and now in Canada. In January, Wyloo signed a joint venture with Orford Mining, a TSX-V-listed company, with plans to pick up the pace of exploration at the West Raglan nickel project in northern Quebec.

They view Noront's Eagle's Nest as one of the best undeveloped nickel sulphide deposits in the world, tentatively slated to start production in mid-2026, if the north-south access road begins construction next year.

Wyloo hasn't made a formal offer yet for Noront. Ontario securities regulations prevent them from doing so until a valuation of Noront is done by an independent valuator. That'll take several weeks before it comes back for Noront's board of directors to review and make a recommendation to shareholders.

"We're sort of dictated by the Noront board's timelines," said Giacovazzi. "We'd love to make a formal bid straightaway but unfortunately we have to look out for the process."

A confident Andrew Forrest seems already past that stage, firing off an introductory letter last week to the leadership with the Matawa First Nations, expressing his willingness to work with them to advance the Ring of Fire's mineral potential.

Giacovazzi said it speaks to the open-minded and communicative way they want to operate in the James Bay region.

"We want to work really closely with the First Nations to try and develop this together."

Giacovazzi maintains Wyloo is a well-funded organization with a track record of delivering on projects in difficult environments.

Only days after making its intentions known, Wyloo rolled out its Future Metals Hub concept for Ontario, promising to spend millions to turn Noront's nickel project into a net-zero carbon mining operation that would utilize the latest technologies and best practices on site, and create a domestic battery-metals supply chain that includes the possibility of a nickel processing plant to making battery-grade material for electric vehicle manufacturers.

With abundant resources in the ground in the Far North, Giacovazzi mentioned: "Very little has been done over the years to actually develop it.

"You've got policymakers talking about producing electric vehicles in-country but then you've got this dynamic where you're producing nickel and sending it offshore (for processing) and then you're bringing it back to Canada to build batteries.

"There's a disconnect in that logic and that's the philosophy behind it. I think there's a lot of value-add to add to these resources within Canada, and that's what we wanted to try and portray."

Wyloo said it's prepared to spend $25 million on feasibility studies to create this supply chain and study the construction of a ferrochrome processing plant, which converts chromite into a semi-finished product for the stainless steel industry.

Noront selected Sault Ste. Marie in 2019 is its preferred location for a ferrochrome plant, settling on a brownfield site at Algoma Steel.

Giacovazzi said it would be "silly" to turf Noront's due diligence work and start from scratch.

"We'll definitely try to build on that. We have deep respect for (Noront CEO) Al (Coutts) and his team. They're very smart guys. We respect the work that's been done."

Though he didn't commit to a Sault ferrochrome processor, or whether both the nickel and chromite processing plants could be located on the same site, Giacovazzi said Wyloo needs to do its own comprehensive study to determine the best place.

Giacovazzi said they have the metallurgical expertise to make a battery-grade product but various factors come into play when choosing a site, such as sourcing material, skilled labour, logistics, determining product specifications for customers, and figuring out where future electric vehicle production in Ontario will take place.

On Wyloo's chromite strategy, Giacovazzi said more study needs to be done before they can make an informed decision on spinning off those deposits into a separate company and doing a joint venture or arranging a streaming deal with another mining company.

"We'll keep building on the work that the Noront guys have done. But we have no intentions to relocate, shift or redirect plans.”

Giacovazzi agrees with the plan to move material out of the Ring of Fire by road, rather than a suggested railroad or slurry pipeline, noting there are "residual benefits" that a road provides to the First Nation communities and the entire region.

"For the moment, the road makes the most sense."

Giacovazzi said what factored into Wyloo's decision to go from a supportive cornerstone investor in Noront to making an outright bid to take over ownership stemmed from a "desire to be bold" and wanting to make a long-term commitment in deploy capital at Eagle's Nest, where and when it's needed, something that's easier to do when it's privately owned.

He called Wyloo's $133-million offer to Noront "quite attractive" considering where Noront's shares were trading six months ago – at 20 cents per share in early December – when Wyloo first bought in, to a high of 37 cents on June 1.

"I think everybody understands the risks around Noront. It's a long journey. It's not going to be an overnight exercise.

"In our mind, it's a win-win for everybody."

Noront, as a development-stage company, hasn't mined a tonne of anything since company founder Richard Nemis was involved in the 2007 discovery of chromite in the remote mineral belt he originally coined the name for.

With still no road to the crescent-shaped half-moon of claims 500 kilometres northeast of Thunder Bay, looming threats of court challenges from mining-wary First Nation groups, and the federal and provincial environmental assessments of the proposed routes still dragging on, Noront has been financially struggling to mount an exploration program even as Eagle's Nest mining start date was recently pushed back another year to 2026.

Noront recently rejected Wyloo's $5 million loan offer and is heading to the private equity markets this month to raising financing.

"Noront's really struggled over the last couple of years to actually put capital in the ground and move things forward," said Giacovazzi.

"I think there's a combination of factors and when you triangulate them we think we can be successful. But it all comes down to working closely with all the stakeholders involved."

As for the future of Noront CEO Alan Coutts, chief development officer Steve Flewelling and the management team, Giacovazzi said it's Wyloo management's preference to keep that group together.

"It's a decision for Al and Steve to make. We'd like to have them continue with us. They've been there for a long time. It would be wonderful (for them) to see the project through. I think it would mean a lot to them."