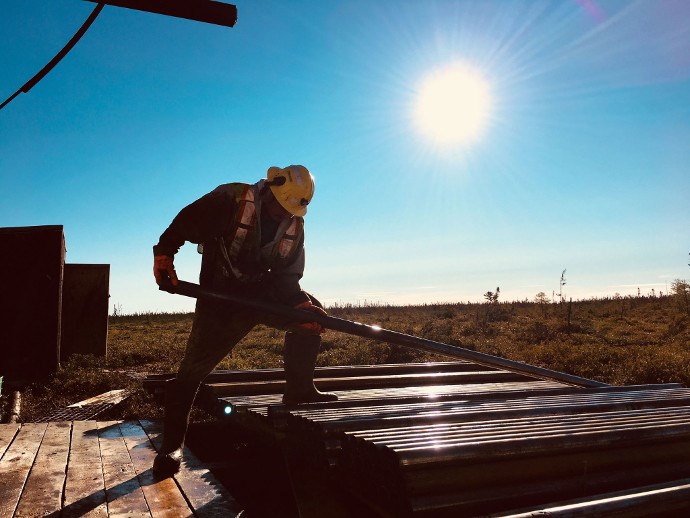 Western Australia's intense interest in the exploration and mining potential of northwestern Ontario has now stretched north into the Ring of Fire.

Noront Resources, the leading mine developer in the James Bay region, landed a new "cornerstone" strategic partner in Wyloo Metals Pty., the mining division of Tattarang, one of Australia’s largest private investment groups.

They take over from Resources Capital Fund (RCF) as Noront's biggest shareholder at 23 per cent.

This is their first investment in a North American exploration project.

In a deal announced Dec. 7, Wyloo Metals is paying US$11.56 million for 22.6 per cent of Noront shares and a US$15-million convertible loan from Resource Capital Fund, plus a 1 per cent royalty that Resource Capital had on the Eagle's Nest deposit.

Resource Capital was wrapping up their Fund Five and Noront went looking for a new partner to take over. Wyloo's name surfaced, said Noront CEO Alan Coutts in an interview.

"Their (Resource Capital's) private equity fund had timed out so they were looking for an exit and we were trying to get somebody who wouldn't be constrained by time."

Wyloo was looking to make some strategic investments outside of Western Australia, particularly in nickel.

In looking at investments for a 'decarbonized' future, Wyloo is on a global hunt for nickel, lithium and all the metals they think will be important in a low carbon future, particularly in the electric vehicle battery space.

"We're thrilled," Coutts said about securing a well-funded partner that understands the work his team has put into the Far North project, is eager to learn about the mineral opportunities, understands the project story and its complexities, and is patient enough to be in it for the long haul.

Noront possesses a large nickel sulphide known as Eagle’s Nest, which the company hopes to bring into production in 2025. But Noront is better known for its four high-grade chromite deposits. Chromite is a key ingredient in the production of stainless steel.

The company has also made discoveries and found occurrences of gold, zinc, iron, titanium, vanadium and silver. Coutts said Wyloo appears interested in Noront's entire mineral breadbasket, including gold, but "the major focus for them is going to be nickel."

In the lead-up to announcing the deal, Coutts said the Wyloo team spent a lot of time with Noront's exploration geologists trying to understand what the Ring of Fire entailed and what the opportunities were, but pandemic-related travel restrictions haven't afforded the opportunity for an intensive planning sit-down.

In a news release, Luca Giacovazzi, head of Wyloo Metals, gave a vote of confidence to Coutts and his "proven management team" in the development of the Eagle's Nest deposit.

"This investment reflects a long-term and collaborative strategy to support the discovery and development of the next generation of mines required to meet the growing demand of critical materials needed to power the decarbonization of the global economy,” said Giacovazzi.

Though it's still a "feeling out process," Coutts said he doesn't anticipate any changes in the mine project timetable pecking order for commercial production.

"Eagle's Nest nickel deposit was always our No. 1 project," said Coutts, "and it will remain that way. We might get a bit more aggressive on exploration side of things. It's early days but that's our expectation."

"I think they're comfortable with us doing it; they're not operators," said Coutts.

Coutt said Wyloo Metals bring a very good track record of working with Indigenous people in Western Australia and appears to appreciate the relationships Noront has cultivated with people in the remote communities for the better part of the last decade.

"This is something where we have lot of alignment: they have a very good reputation of dealing well and honestly with Indigenous populations in Western Australia," said Coutts.

"And I think this is what attracted them to us, in a sense, the approach that we're taking with the First Nations here in Canada. There's good alignment there. They're very focused on sustainability and certainly from a commodity point of view we've got alignment.

"We kinda think we've got right fit and we're pretty excited about them coming on board."