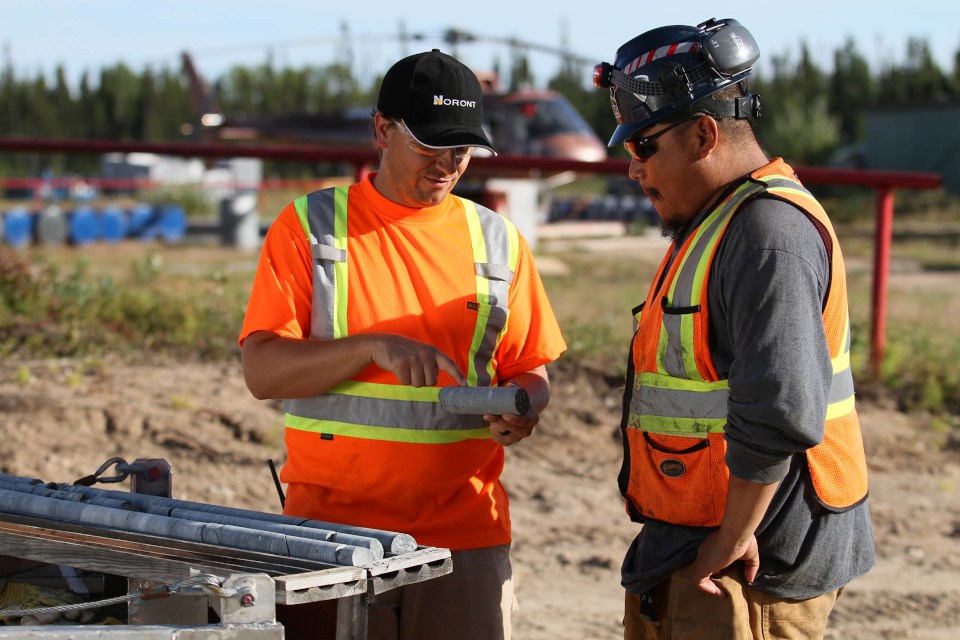 Waiting years for a Ring of Fire access road to be built into the remote James Bay region has provided some unintended benefits for Noront Resources.

One advantage to babysitting a massive 156,352-hectare nickel and chromite-rich property is that there’s ample time and opportunity to better understand what else is beneath the surface..

With construction on a 300-kilometre North-South road expected to begin in the middle of 2021, kicking off a four-year build, Noront has been biding its time running a regional exploration program that’s turned up two promising gold and nickel prospects.

“We’ve been piecing the geology together over the years and we’re pretty confident of what we’ve got there,” said Noront Resources CEO Alan Coutts in talking about his company’s exploration plans for an abbreviated summer program.

The Toronto mine developer and exploration outfit possesses a large nickel sulphide known as Eagle’s Nest, which the company hopes to bring into production in 2025. But Noront is better known for its four high-grade chromite deposits. Chromite is a key ingredient in the production of stainless steel.

With gold prices in the US$1,980-an-ounce range, Noront is prying off the lid of an accidental gold discovery made back in 2010-11 when they were drilling off the Blackbird chromite deposit.

"Many of the holes intersected a structure that contained lots of anomalous gold values," said Coutts.

This month, a small exploration flew into Noront’s Esker Site camp to resume a field program that was mothballed by the pandemic in early April. They purposely avoided any personnel pickups at nearby Marten Falls and Webequie First Nations, two vulnerable communities still on lockdown.

On tap for August is a program of soil sampling on an promising high-grade gold showing, 13 kilometres northeast of the camp, in an area geologically labelled the Webequie Shear Zone. It remains largely unexplored for precious metals.

Gold is hard to find in the Ring of Fire, said Coutts.

With very little outcropping features at surface and it's difficult to detect gold beneath layers of glacial till through geophysical methods. But gold has often turned up as a byproduct of Noront's other drilling programs.

Coutts describes the geological setting in the Ring of Fire as being comparable to the Kirkland Lake Main Break or the Destor Porcupine Fault Zone near Timmins, two minerally-endowed fault structures, hundreds of kilometres long, containing smaller faults that branch off. It's where gold is usually found.

“We’ve got the exact same situation,” he said.

"It kind of makes sense. Geologically, this is a greenstone belt, just like the rocks of Timmins, Val d'Or, or Kirkland Lake. It's no surprise they're archean age, no surprise there's gold there, but it just hasn't been our focus."

In a 50-square-kilometre area, the Webequie Shear Zone will be sampled to figure out where the gold is concentrated.

Eventually, they hope to identity targets for drilling and log some good core results to attract a major gold partner, allowing Noront to tend to their knitting with nickel and chromite.

"The gold market's red hot and the ability to attract money for good exploration targets is there," said Coutts.

The other prospect is a new nickel belt named the Victory Project, discovered last year about 25 kilometres east of the camp.

Victory is one of several early stage targets identified by Noront in 2019. The plan is to fly an electromagnetic survey to generate some drill targets.

"It's the right rock, the right age. It's kind of ripe for a nickel deposit if there's one to be found," said Coutts.

Coutts said their Ring of Fire exploration strategy is to produce a steady pipeline of base and precious metals projects. Besides nickel,chromite and gold, Noront has found other occurrences of zinc, iron, titanium, vanadium and silver.

Among Noront’s other plans for 2020 is to finalize a date to start construction of the Eagle’s Nest mine project and update its eight-year-old feasibility study, which originally predicted an 11-year mine life. They’ll also have to chase down some pre-development financing.

Two preliminary economic assessments will be started of its Blackbird chromite deposit and the proposed ferrochrome processing plant slated for Sault Ste. Marie.

On the community engagement side, Noront hopes to sign a “project advancement agreement” with area First Nations, which will lead to an eventual impact benefit agreement, outlining training and employment opportunities down the road.

Geraldton mine project offers 'generational' opportunities for First Nations
Sep 25, 2020 9:30 AM
Comments
We welcome your feedback and encourage you to share your thoughts. We ask that you be respectful of others and their points of view, refrain from personal attacks and stay on topic. To learn about our commenting policies and how we moderate, please read our Community Guidelines.