An iron ore company president’s plans to develop a northwestern Ontario deposit have gotten a whole lot bigger and much, much greener.
0
Jun 16, 2014 12:49 PM By: Ian Ross 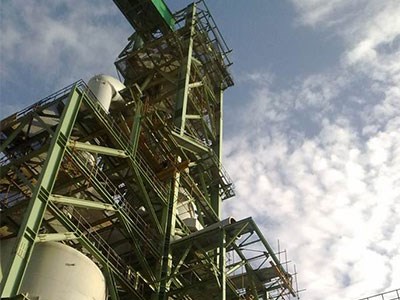 Bending Lake Iron Group is promoting the concept an integrated iron ore mine and steel works complex near Ignace in northwestern Ontario that would employ vertical shaft furnaces and be energy self-sufficient using green technologies.

An iron ore company president’s plans to develop a northwestern Ontario deposit have gotten a whole lot bigger and much, much greener.

Producing “green steel” is what’s on the mind of Henry Wetelainen of Bending Lake Iron Group, who’s promoting the concept of creating a future industrial zone, southwest of Ignace.

His First Nation family-owned company, based in Thunder Bay, has a hugely ambitious project proposal to build an open-pit mine and adjacent steel works complex while generating its own power.

In northwestern Ontario, power supply is a huge thorn in the side of mining companies. The transmission capacity doesn’t yet exist to feed potentially 10 new mines over this decade, never mind the Ring of Fire.

A regional energy task force estimates there’s a shortfall of between 800 and 1,000 megawatts, which stands to stifle industrial growth.

So Wetelainen and his team decided to take matters into their own hands by creating their own power corporation.

“This is an opportunity for our power corporation to fill that void,” said Wetelainen.

The whole project – roughly estimated to cost $2 billion is built around his Josephine Cone iron deposit, named after his prospecting grandmother. It contains about 400 million tonnes of an identified ore reserve with a mine life of more than 30 years, and the potential to add more tonnage.

His operation would make a high-grade iron pellet that would be fed into a vertical shaft furnace and an electric arc furnace to produce a range of rolled steel products.

To power the operation, they’re contemplating the use of wind and solar technologies and even a form of hydro-power generation called a pump storage facility,

Where water is drawn from a series of lakes near the site and fed through a turbine before being pumped back during off-peak hours.

The pump storage facility, he said, can be scaled up from producing 200 megawatts of power at the outset to close to 1,200 megawatts, and keep generating for decades.

To fire the pelletizer and the vertical shaft furnace, they would tap into a natural gas pipeline 20 kilometres away to feed a more than 600-megawatt gas turbine at the site.

“Overall, the power we’re looking at generating is somewhere around 750 megawatts total.”

The excess would be sold on the Ontario grid.

An electric rail short line would connect to the Canadian Pacific main line, 25 kilometres away.

“Except for the natural gas, we want to limit the use of fossil fuel and basically produce the greenest operation in the mining that we possibly can,” said Wetelainen. “We want to control our destiny as much as we can on power.”

An investors’ presentation on the company website shows additional spinoff opportunities including a green cement company and a future greenhouse operation using carbon emissions captured from the furnaces.

The company will be filing a new project description with federal and provincial environmental regulatory agencies as part of its mine closure plan over the next few months.

If everything falls into place, Wetelainen said they could be producing power by 2018 with mine production sometime after that.

The Wetelainen family holds a large membership with the Wabigoon First Nation and is a traditional land holder in the Dryden-Ignace area with patented land claims.

With the possibility of creating close to 1,000 construction jobs over a two to three-year period and a permanent workforce of 350 to 450, Wetelainen said the mandate is to create as much Aboriginal employment as possible.

He’s talking long-term contracts with First Nations in Western Canada who have natural gas on their traditional territories and he’s meeting with natural gas and wind turbine consultants who want to join the power group.

Wetelainen would like to maintain majority control of his privately held company, but he expects to field some tempting international offers.

He suggests some future investment might be over the horizon in the Pacific Rim.

Wetelainen points to a national policy shift in China that’s enabled state-owned steel companies to look abroad and invest in iron ore deposits, but also move along the value-added chain and invest in the steel business.

“My no. 1 goal is to develop the industry. If I have to do certain things to get that development done, so be it. It’s a massive development and all I can do is provide the best opportunity and look for the best financing available and power will be a big part of our operation.”