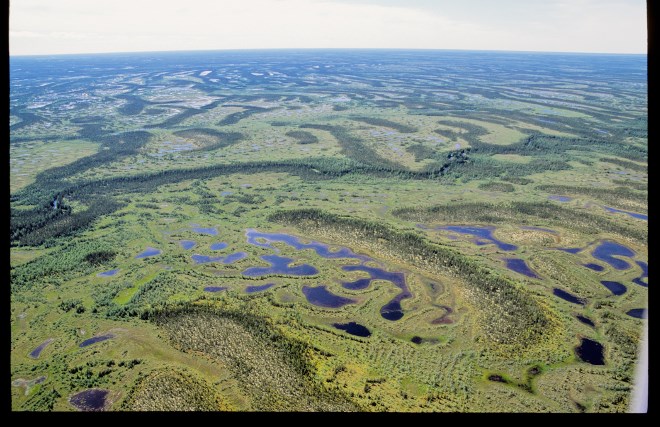 The Ford government’s proposed repeal of the Far North Act is running into resistance from a group of First Nations chiefs in northwestern Ontario.

In an April 10 news release, the Matawa Chiefs Council said they “reject” the province’s “unilateral legislative change” and demand that they abandon their approach.

The nine Matawa chiefs insist dumping the legislation will be highly impactful in their Aboriginal and treaty rights for generations to come.

The controversial Far North Act was passed by the McGuinty government in 2010, despite opposition from across Northern Ontario, including First Nations.

The government-of-the-day wanted to set more than 20 per cent of Ontario’s land mass as “protected areas.”

The act launched a land-use planning process involving individual communities to determine the most appropriate use of land in their traditional territories. Only a handful of land-use plans were completed.

But the Ford government views the Far North Act as an obstacle to development, such as mining in the Ring of Fire, and wants the land-use planning process wrapped up by year’s end.

Five of the Matawa chiefs are from communities close to the chromite and base metal exploration camp.

They say if the province has some new legislation in mind, they want assurances that a joint decision-making process will be put in place between the province and First Nations that respects Aboriginal and treaty rights.

“The stakes are increasingly high as we continue to put forward reasonable solutions in the spirit of the Treaty, and Ontario appears to be withdrawing from commitments and damaging relationships,” the chiefs said in a news release.

They categorically reject the province’s attempt to place all regional land-use planning under the umbrella of the Public Lands Act, arguing it has never recognized Indigenous treaty rights anywhere in Ontario.

The chiefs are calling for a meeting with Natural Resources and Forestry Minister John Yakabuski.

Since the change in leadership at Queen’s Park last summer, the Ford government has given no indication it wants to continue – or build off of – the Regional Framework Agreement (RFA) process started by the previous Wynne government in 2014.

The RFA laid out an engagement process to do responsible development, safeguard the environment, and deliver on resource revenue sharing.

When asked about the government’s new direction last January in Sudbury, Energy, Northern Development and Mines Greg Rickford would offer only a wait-and-see response. He did say his government will honour a resource revenue agreement signed by the Wynne government prior to the provincial election.

Rickford, in his capacity as Indigenous Affairs Minister, will lead the government's consultation hearings with communities as part of its review of the Far North Act.

Nishnawbe Aski Nation, the political group representing 49 communities in Northern Ontario, is on board with Far North Act repeal, but wants Queen’s Park to keep funding the land-use planning process.