'Too much at stake to close,' says Huron Central Railway boss 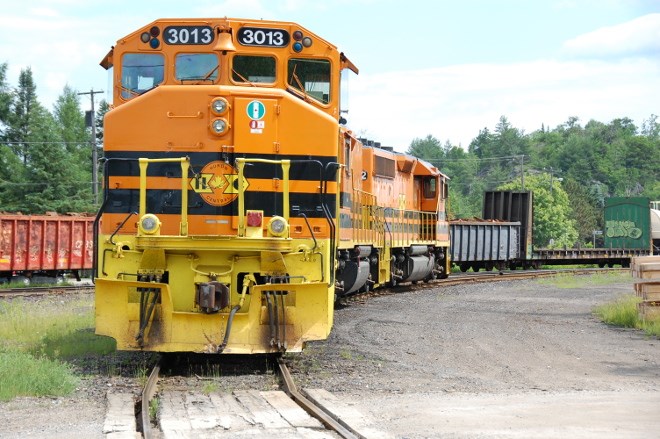 The operators of the Huron Central Railway (HCRY) are extending their drop-service deadline until June 30, 2021.

Genesee & Wyoming Canada (GWCI) are citing progress in negotiations with the provincial and federal governments to defer their end of service date, which was scheduled for Dec.18.

In a Dec. 11 news release, the company said it will continues working with all stakeholders on its co-investment proposal to rehabilitate the railway.

“Since the August 31st announcement of our difficult decision to cease operation of HCRY, we have engaged in regular discussions with both the Government of Ontario and the Government of Canada with the goal of avoiding this outcome," said GWCI president Rick McClellan in a statement.

"Over the past two weeks, these negotiations have intensified as our government partners explore an agreement with GWCI and consider our revised proposal to co-invest in the rehabilitation of the railway.

"It is evident that both the provincial and federal governments are genuinely working to find a solution to keep HCRY operational and secure the jobs of our 43 local workers, especially during the holiday season. All three parties are working together to ensure that our customers who depend on this line – major employers in Northern Ontario’s natural resource economy – avoid a serious near-term disruption to their supply chains."

The rail carrier wants the federal and provincial governments to package a $40-million subsidy for maintenance and safety upgrades to the track, similar to a deal reached in 2010.

The Huron Central moves product for Algoma Steel in the Sault, Domtar in Espanola and EACOM in Nairn Centre. CP Rail, the track's owner, leases the line to Genesee & Wyoming.

The looming deadline had worried provincial cabinet ministers vowing this week to preserve this critical service.

"Given the progress made in these negotiations and the clearly expressed willingness to come to an agreement, we have carefully considered and agreed to a request by the Government of Ontario to postpone the planned end to HCRY’s operation on December 18," added McClellan.

"With our government partners having made clear commitments to negotiate a long-term solution, GWCI is pleased to extend the timeline for closure of HCRY and commit to keep trains running until June 30, 2021.

"This good-faith extension will give all parties the necessary time to come to an agreement to secure a sustainable future for this strategic asset and avoid the permanent closure of HCRY. The extension demonstrates our commitment to our employees, our customers and the communities we all serve. There is too much at stake to close HCRY with negotiations progressing constructively. We remain determined to work with both levels of government to finalize an agreement in the new year to sustain this vital railway.”