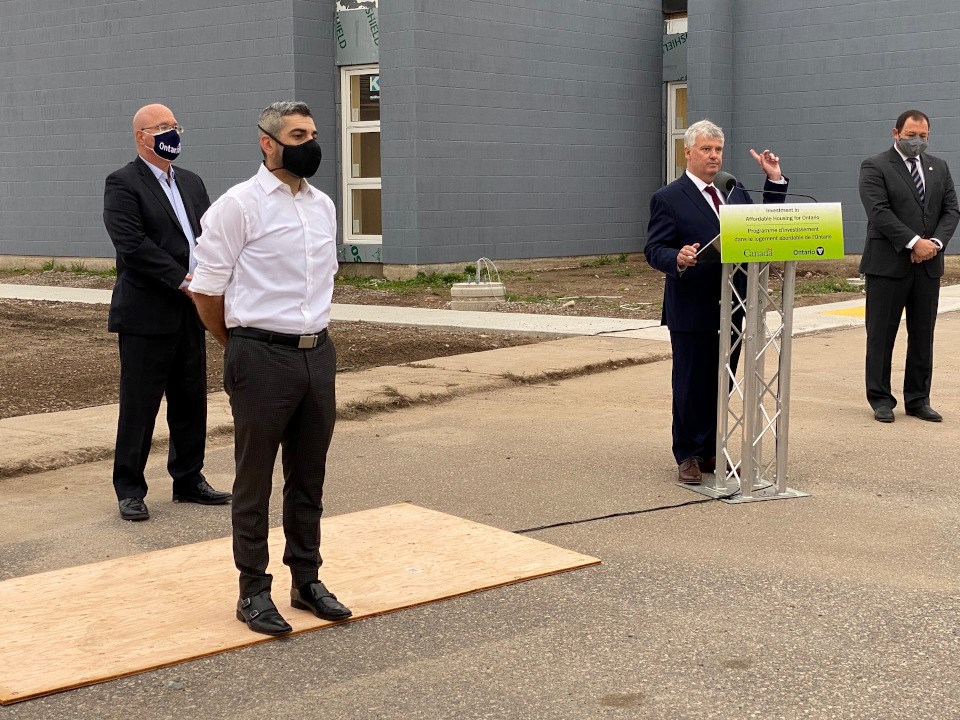 Someone is going to be hauling steel and forest products between Sault Ste. Marie and Sudbury in 2021.

While the political willingness is there to keep negotiating from the federal side, details remain scarce on how talks are actually progressing between Ottawa, Queen's Park and the Montréal-based operators of the Huron Central Line on securing a $40-million subsidy to keep the 288-kilometre line open past Christmas.

Last February, Genesee & Wyoming Canada (G & WC) was willing to extend its end-of-March line closure deadline to a later unspecified date, citing progress being made in federal-provincial talks, followed by the difficulties caused by the global pandemic.

This week, the company issued a new ultimatum that service will be discontinued at the end of this year. It's the company's fourth closure notice in over a decade.

Forty-three railway employees have been notified.

Despite "constructive discussions" with the federal and provincial governments, Genesee & Wyoming stated it still sees no funding commitment, spurring them to start a discontinuance process that's been all too familiar to industrial shippers and politicians in northeastern Ontario since 2009.

The railway messaged Northern Ontario Business though André Houde, G & WC's vice-president of human resource and administration, that this decision could no longer be delayed, but vowed that they will "remain at the table with our government partners" to work out a solution that preserves service until the last train in December.

When asked how much progress has been made in negotiations involving the railway and the provincial government, and the tone of those talks, Sault Ste. Marie MP Terry Sheehan blamed the absence of a funding deal on the restrictions surrounding the global pandemic.

"It's a matter that everybody has to be at the table."

Sheehan preferred not to divulge the funding breakdown by party in the subsidy, or length of term.

He said it's a matter of examining Genesee & Wyoming's business case for the Huron Central, weighing the opportunities, and creating a sustainable long-term plan that moves freight to market.

Sheehan said there have been been "good meetings" in Ottawa in the past involving the railway, federal officials and a regional railway stakeholders group, but momentum has been stalled by federal and provincial elections, a drawn-out ownership change that saw G & WC's Connecticut parent company acquired by Brookfield Infrastructure Partners, and now this year's pandemic.

"Obviously, Huron gave notice to their employees but indicated to us they wish to continue to try and find a path forward, and that's what we continue to do," he said.

Talks with the railway continue this week.

Sheehan said he expects this to be a once-and-for-all final subsidy for Genesee & Wyoming.

"I don't want to be seeing this movie again."

The actual track between the Sault and Sudbury is owned by CP Rail, which contracts Genesee & Wyoming Canada to funnel regional freight from Algoma Steel in Sault Ste. Marie, the Domtar paper plant in Espanola, and the EACOM sawmill in Nairn Centre to CP's main line at Sudbury. G & WC's lease agreement is in effect until 2040.

CP does not contribute any funds toward track maintenance.

Genesee & Wyoming Canada contends there's not enough freight traffic on the Huron Central to support the amount of track maintenance and upgrading work that needs to be done on their own without a subsidy.

Last fall, the railway was proposing to funders a $40-million, five-year funding package with $20 million coming from Ottawa and the remainder shared between Queen's Park, G & WC, and the Huron Central. The company said it kicks 12 per cent of freight revenue back into capital projects for the line every year.

It's not known if that proposal is acceptable to both levels of government.

When Sheehan was asked if he felt confident Genesee & Wyoming would still be operating the Huron Central next year, or if an alternative carrier might be found to deliver the same service, he responded that all parties need to come together to support movement of goods.

"At the end of this, I want to find something that keeps getting product to market."

When queried if he was keeping his options open, Sheehan insisted his discussions remain with Genesee & Wyoming, no other operator.

"I'm negotiating in good faith. I am not talking with any other rail carriers nor have I been entertaining any.

"We're working with that company now. I do not know of any other company that's interested in that line, because I've not pursued any, nor have any rail companies that I'm aware of been pursuing us."

Late last year, a Sudbury rail services company, Diesel Electric Services, told Northern Ontario Business that they were approached and had discussions with CP Rail, Ontario Northland, and provincial cabinet ministers Greg Rickford and Vic Fedeli to gauge the company's interest in picking up the rail service, or arrange a public-private operational arrangement with the province.

The company recently said discussions did not get very far.

Sheehan's provincial counterpart, Sault MPP and cabinet minister Ross Romano, was not made available for an interview.

A brief statement issued by his office on Genesee & Wyoming's closure statement didn't provide any insight on the government's direction, or a ringing endorsement on keeping the current rail operator in place.

"Like many of us in Sault Ste. Marie, I was disappointed to hear of the decision made by Genesee & Wyoming Canada Inc. COVID-19 has had tremendous effects on communities around the world, and unfortunately Northern Ontario was no exception.

"As MPP for Sault Ste. Marie, I will continue to work to ensure that as we recover from the effects of this pandemic, Sault Ste. Marie and Northern Ontario are in a position to grow towards prosperity."

To keep the line open on an interim basis, the Ford government delivered $980,000 to Genesee & Wyoming in late 2018 in what was a one-year bridge deal while government negotiations continued with the railway to reach a longer term arrangement.

In expressing the province's commitment to keep the Sault-Sudbury line open, Romano, at the time, didn't rule out letting Genesee & Wyoming walk and entertaining another operator.

"I don't think we can foreclose any type of opportunity at this time. From our perspective, we want to ensure that the infrastructure is there and that it is sustainable on a moving forward basis."

G & WC confirmed to Northern Ontario Business that a detailed business plan has been provided to both levels of government "to support the case for joint public and private investments in the rail line's infrastructure."

Included in that plan, the company claims, are identified opportunities to build more traffic on the Huron Central beyond its more than 12,000 annual carloads.

"This plan should allow for sustainable future growth, provided that the required investments in the railway infrastructure get approved," said Houde in an email.

Though some residents in the region question the viabilty of the line and whether taxpayer dollars should be spent subsidizing a private rail carrier, Genesee responded that the current volume is "insufficient" to provide a return on investment to rehabilitate the rail infrastructure.

As well, "there are significant public benefits to keeping the line open," Houde said.

"This is why the stakeholders have sought to find a co-funding solution with the governments rather than ceasing operations before now."