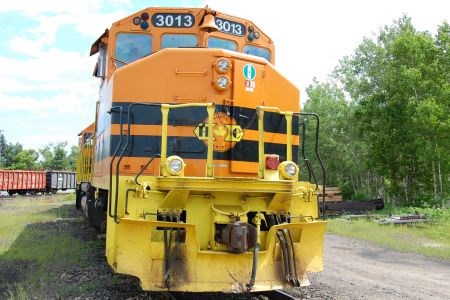 The Huron Central Railway has new bosses at the top of the pyramid.

The sale of short line railroader Genesee & Wyoming (G & W) to Brookfield Infrastructure and GIC of Singapore has closed.

The Darien, Conn.-headquartered carrier made the announcement Dec. 30.

The US$8.4-billion transaction – first announced last July – had been on hold pending a review by the U.S. Surface Transportation Board.

Regulatory approval was finally granted this past fall.

The completion of the sale could have some bearing to as whether Genesee & Wyoming Canada continues to operate the Huron Central.

Back in October, the railway said it will drop service in early 2020 if it doesn’t receive a $40-million combined subsidy from the federal and provincial governments for track maintenance and crossing upgrades.

A spokesman for a regional stakeholder group, which has been lobbying Ottawa and Queen’s Park for infrastructure dollars to assist the railway, said the delays in the railroad's sale and the timing of the last fall’s federal election, had postponed the transfer of the funding.

The provincial government has been mum on a commitment to Genesee & Wyoming.

“This transaction is an excellent outcome for all G&W stakeholders,” said G & W CEO Jack Hellmann in a news release.

“For our customers, employees, and Class I partners, the long-term investment horizon of Brookfield and GIC is perfectly aligned with the long lives of G&W railroad assets. We look forward to building on G&W’s track record of safety, service excellence and commercial growth as we become an important component of a portfolio of global infrastructure assets.”

The company also operates subsidiary and joint venture lines in Australia and the United Kingdom.

G&W’s common stock has ceased trading on the New York Stock Exchange. Under the terms of the sale, each issued and outstanding share of G&W common stock converted into the right to receive $112 in cash.