Province does about-face on 2+1 road trial 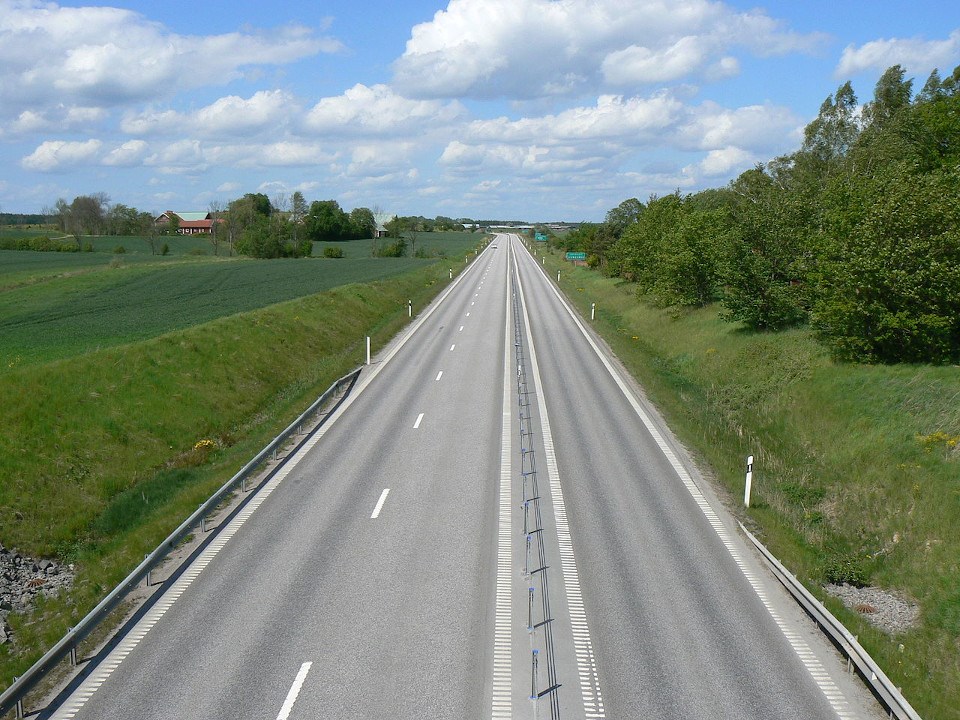 2+1 highway with cable barrier in Sweden

Persistence is paying off for Mark Wilson.

The Temiskaming highway safety advocate is pleased the Ontario government is planning to do a trial of a European road system that's proven to save lives.

The Ministry of Transportation (MTO) is taking Wilson up on his suggestion for a pilot project for the 2+1 highway, first popularized in Sweden in the 1990s.

"We're very pleased with this development," said Wilson. "That's what we've been after the whole time, is a pilot, and we're now moving toward that."

When and where the pilot will take place, Wilson can't say. He is sitting on a newly formed provincial group that will be developing the criteria in choosing a location.

Mark Wilson is the point man on the Temiskaming Shores and Area Chamber of Commerce's Going the Extra Mile for Safety (GEMS) committee, a group formed in response to growing number of collisions and fatal accidents on Highway 11, north of North Bay.

The MTO wouldn't support regional calls to four-lane this stretch of Highway 11, since the traffic count doesn't meet their 10,000-vehicle-per-day threshold.

But community leaders along the highway have long claimed that this section of the Trans-Canada Highway has largely remained unchanged for three decades as cross-Canada long-haul truck traffic has increased. The lack of modern upgrades and improvements have led to head-on collisions due to impatient drivers and unsafe passing, or single-vehicle run-offs related to driver fatigue or poor weather conditions.

Instead, Wilson proposed the 2+1 model that he'd observed in Europe: a three-lane road with continuous and alternating passing lanes every two to five kilometres. It prevents long lines of traffic from queuing behind slower vehicles and eliminates unsafe passing.

Safety barriers, of either wire cable or steel guard rails, are placed in the middle to prevent vehicles, like transport trucks, from crossing the centre line into oncoming traffic.

The award-winning Swedish innovation has reduced highway deaths since converting that country's roads to the 2+1 system 20 years ago. Sweden now has thousands of kilometres of 2+1 highways with the model since being adopted by a number of the European countries.

"It's a good idea," said Wilson. "It has proven results to saving lives on the road, which I've been saying over and over again. They've said this is worth looking at more in depth."

After years of receiving a hard 'no' from MTO bureaucrats in considering a pilot, Wilson, armed with the evidence from Europe, went the political route in dealing directly with Ontario Transportation Minister Caroline Mulroney and her office staff last spring to begin steadily building a relationship.

"That has changed things, for sure," he said. "Over the last year we've been working really productively with Minister Mulroney's office and now with MTO staff on the file again."

Wilson said he was notified last year that the ministry would pursue a road trial.

"We presented the data and made the case (to her staff) and that led to productive discussions with her staff."

Wilson said Mulroney's senior staff have been "great and responsive."

"They've been working at it quite diligently for the last year."

Currently, the working group is devising a schedule for upcoming meetings. As of yet, there's no timeframe for a pilot.

Michael O'Morrow, a senior issues advisor with the ministry, confirmed the pilot.

"At the direction of Minister Mulroney, the ministry has established a working group to develop the required standards and to identify a location on a provincial highway as a pilot project for the implementation of the 2+1 roadway model. This working group includes representation from Going the Extra Mile for Safety. We expect to have further updates to share in the coming months."

Wilson has been a regular on the speaking circuit across Ontario in presenting the 2+1 model to interested groups.

The concept has garnered widespread support from municipalities along the Highway 11 corridor, from the Federation of Northern Ontario Municipalities and the Ontario Good Roads Association and professionals across the country.

"Certainly across Canada in the sense that there are many people in the road design and engineering field who see the benefit of median barriers on our roads, not only in the 2+1 format but other formats."

Wilson, who has presented twice at the annual Good Roads conference, said the topic will again be revived at an upcoming conference as part of the association's Vision Zero initiative.

"It's a significant countermeasure that's worked in other parts of world," he said.

"Road safety is about the management of kinetic energy... and we're using median barriers to prevent crossover collisions, which manages that kinetic energy. Many engineers understand that principle and see it as a very positive measure that could help the high fatality rates on our rural roads across Canada."

There was no mention of 2+1 among the 67 "action points" in the provincial government's transportation plan for this region, Connecting the North, released in early December.

The province pledged to review its passing lane needs in the northeast by developing a plan to improve and construct more passing lanes, to put more snowplows on the road, increase the use of anti-icing liquids, and add more rest stops for fatigued travellers and truckers.