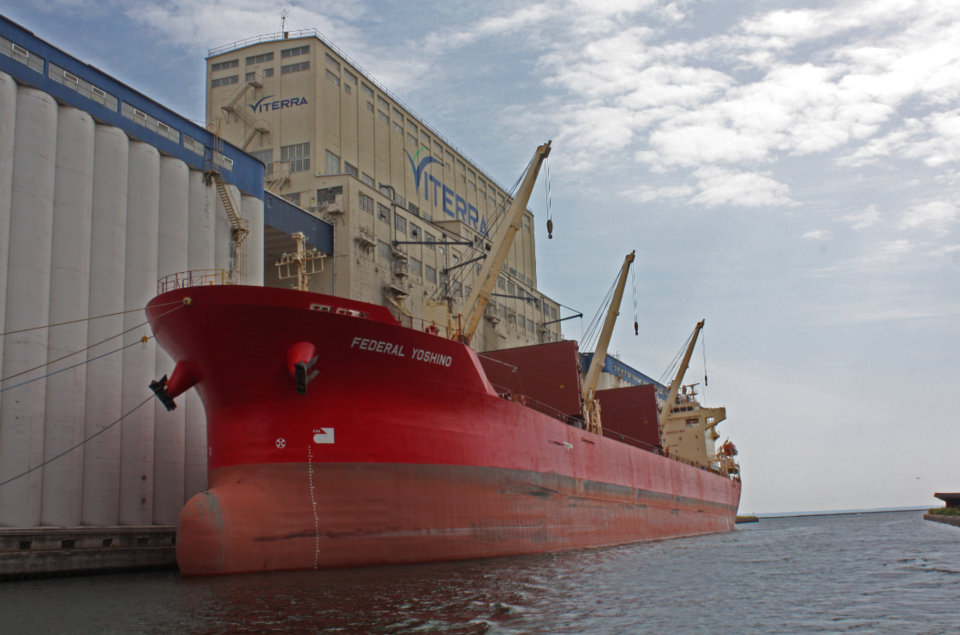 MV Federal Yoshino takes on a load of wheat destined for Italy at the Viterra ‘A’ elevator; July 17, 2019 (Thunder Bay Port Authority)

The Thunder Bay Port Authority is enjoying its best July in 20 years.

The Port of Thunder Bay handled more than 1.1 million metric tonnes of cargo in July, the most since 1997.

Significant increases in canola, potash, and coal shipments marked an overall improvement of 300,000 metric tonnes overall in comparison to 2018.

“So far this year it’s been strong in all commodities. I think what we’re seeing is the shipments being more equalized in all seasons,” said Tim Heney, CEO of the Thunder Bay Authority.

“You don’t normally see that in July; it’s usually big shipment in the spring in the fall. It’s a good sign for the season.”

Heney said the increase in canola product may be due to trade restrictions across the Pacific Ocean.

“We’ve seen a  lot of export shipments on ocean vessels, and that may have to do with some of the situations with Chinese exports that have been cut off in that direction, so they’re trying to find new markets.”

Other crops such as potash volumes from Saskatchewan for the month nearly doubled from last year, and there was an increase in dry bulk shipments including road salt for regional use.

Vessel calls for the month and year are in line with last year’s numbers, with more foreign Saltie vessels being offset by fewer domestic Lakers.