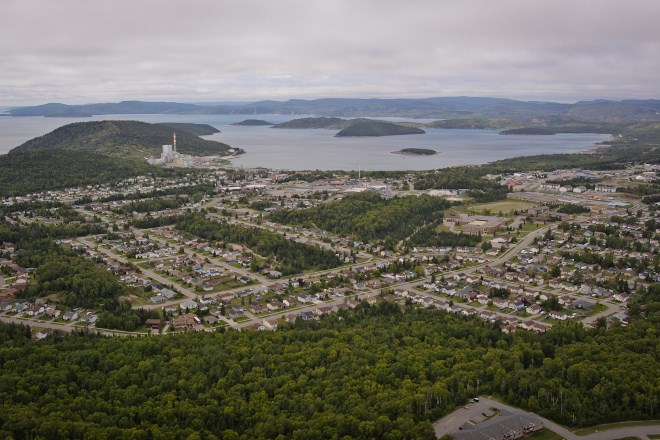 A cluster of five communities on the north shore of Lake Superior are closer to their collective dream of having access to a supply of natural gas.

The province is providing $27 million toward the construction of a liquefied natural gas (LNG) plant in Nipigon. The plant would convert natural gas into liquid form in order to be safely and economically trucked to customers in Marathon, Terrace Bay, Schreiber, Manitouwadge and Wawa.

The area’s rugged topography doesn’t allow for the expansion of natural gas pipelines into these communities.

Businesses and residents were limited in their home heating choices and were susceptible to soaring energy costs in fuel oil, propane, and grid power.

Beginning in 2016, the communities partnered with Northeast Midstream, a southern Ontario energy developer, to work on the economics of tapping into the cross-Canada natural gas pipeline at Nipigon.

The distribution system calls for trucks to deliver liquid gas to proposed distribution centres in each of the five communities where it would be converted back into a gas.

But those plans were put on hold in 2017 when the Wynne government severely cut funding from a natural gas loan and grant program.

The funding for the LNG plant is the only first phase of the project.

The province said an additional $3.4-million investment from the Northern Ontario Heritage Fund is available to develop the engineering and design plans in addressing permits, regulatory approvals and licensing requirements needed to roll out the program to potential residential, commercial, and institutional users in the area.

"We are pleased with Ontario's support for this project, which would enable the first natural gas delivery system of its kind in the province," said Joshua Samuel, president-CEO of the General Partner of Northeast Midstream LP through a provincial government news release.

"It would bring significant cost savings to businesses and ultimately, to municipalities and First Nations."

The province said LNG will replace costlier fuel sources to more than 550 businesses and 5,000 homes in the communities, saving residents an estimated $181.3 million and businesses $65.3 million on energy bills over 40 years.

"The Nipigon LNG project would enable northern businesses to cut operating costs, improve their competitiveness and attract more investment to the area - sending a strong signal to the world that Ontario is open for business," said Greg Rickford, minister of Energy, Northern Development and Mines.

"It would also assist in expanding Northern Ontario's natural gas distribution network to households, which would make life more affordable for families."