Gravelle says no to the return of the Northlander passenger train 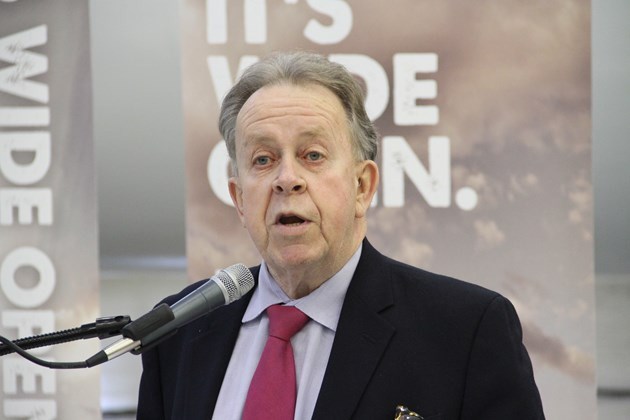 Northern Development and Mines Minister Michael Gravelle said the return of the Northlander passenger train is not something on the horizon.

“We certainly don’t plan on bringing the Northlander back but we are looking at transportation options all across the North,” Gravelle stated at a funding announcement on Feb. 9 at Voyageur Airways in North Bay.

Gravelle pointed out that a Northern Ontario Multi-Modal Transportation study will be released soon.

“We are looking at those kinds of options as to where the needs will be for rail transportation as well, but at this time there is no plan to bring the Northlander back,” he said.

The Northlander passenger train was shut down by the Liberal government back in 2012.

However, Corina Moore, the CEO at Ontario Northland Transportation Commission, stated recently that she hopes passenger rail service will return to the north.

Gravelle believes the bus service has been put in place to make up for the lack of passenger rail to the North. He calls it a “triumph” that the Wynne government kept the Ontario Northland going amidst plans of divestment.

“We came into office and Kathleen Wynne asked me as premier to look at the organization and we kept four of the five lines in public hands,” he said.