Ontario Northland excited about potential of Ring of Fire 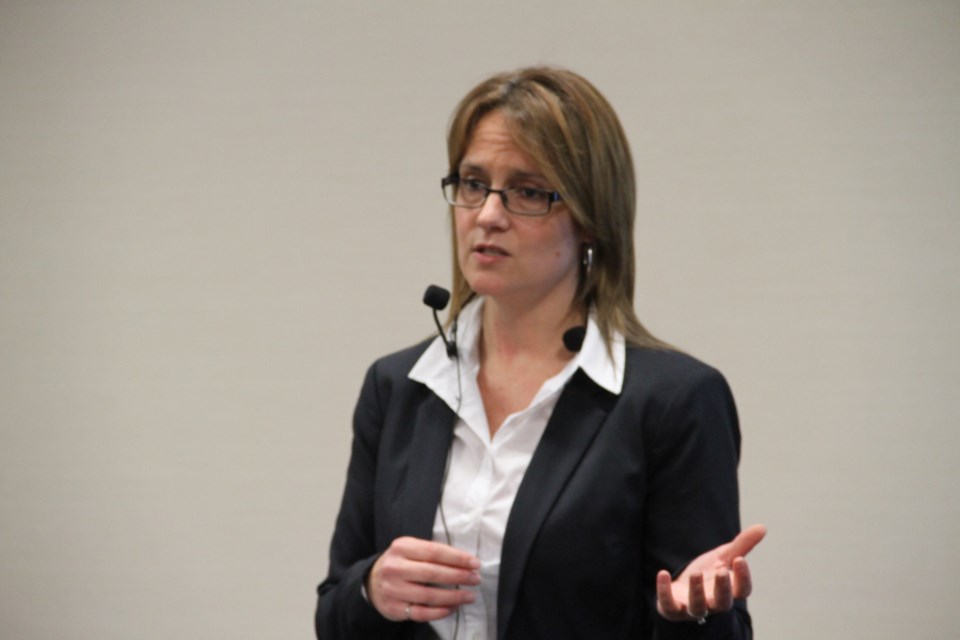 Corina Moore knows it’s not happening now, but the Ontario Northland CEO is excited about the potential the Ring of Fire has for the Crown corporation.

“It would be the 50 years (of) sustainability for Ontario Northland,” said Moore during a luncheon at the Canadian Club meeting in North Bay on Jan. 24.

“It is a very huge opportunity. It is a number of years out and there are lots of different other mining opportunities that are closer in turn that we are working with.”

Moore noted that chromite miner Noront Resources, which has the largest land package in the Ring of Fire, has received tenders from Sault Ste. Marie, Timmins, Sudbury and Thunder Bay to host the facility that would process chromite from its planned mine.

“So those tenders from those four communities are going into Noront on Jan. 31, and they will be making a determination of which community will have that smelter,” Moore said.

“What that means is initially things will be trucked from the Ring of Fire site to this ferrochrome smelter and will go out to the North American market to supply the product."

As part of step two in Noront's plan, Moore believes, with the right amount of demand for the product, it would be feasible to have a rail line transport ore from the Ring of Fire site and connect to Ontario Northland or one of the other railways.

“We have a traffic control centre in Englehart that could easily be expanded to support that type of thing, so we really see the evolution of the Ring of Fire.”

Moore believes if the smelter went to Timmins, it would be the ideal location for Ontario Northland to become part of the project.

“The Ring of Fire is certainly a huge opportunity for Ontario Northland, so certainly if the ferrochrome site is in Timmins, it is right on our rail line and would be in the Glencore (Kidd Mine) site," she said.

"So when that end-of-life mine goes to zero in 2021, then that smelter would come in and take that place."