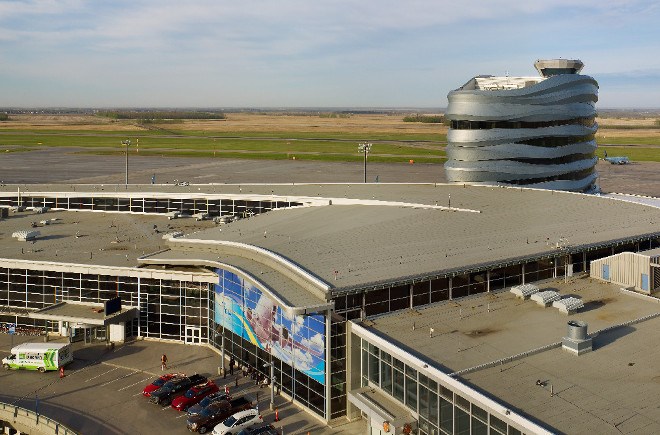 Edmonton International Airport is the country’s fifth busiest airport by passenger traffic, offering non-stop connections to destinations across Canada, the US, Mexico, the Caribbean and Europe.

DDC said it would create flight routes to and from the airport using its ‘DroneSpot’ takeoff and landing zones. Customers would then be able to use DDC’s services to send and receive shipments via drone.

The company said it would work in conjunction with Transport Canada to ensure operations meet all Canadian aviation regulations and regulatory approvals.

“With ERAA, we will develop a drone logistics network centred at this world-class airport as a hub for numerous drone routes for our customers,” DDC’s president and CEO, Michael Zahra, said in a news release.

“We will continue to work with ERAA and Transport Canada to define particular routes, and with ERAA and Air Canada to negotiate revenue metrics and other commercial terms, to be announced in future press releases.”

Air Canada signed on as DDC’s sales agent as part of a 10-year deal in June.

DDC operates a number of drones with various payload capacities – the largest is 400 pounds, which can travel 200 kilometres.

In 2018, Moose Cree First Nation was the first commercial customer to sign on with the company.

Under the $2.5-million contract, DDC has agreed to deliver mail, general parcels, medical supplies and other general necessities between the communities of Moosonee and Moose Factory, located roughly 19 kilometres south of James Bay in Ontario’s Far North.