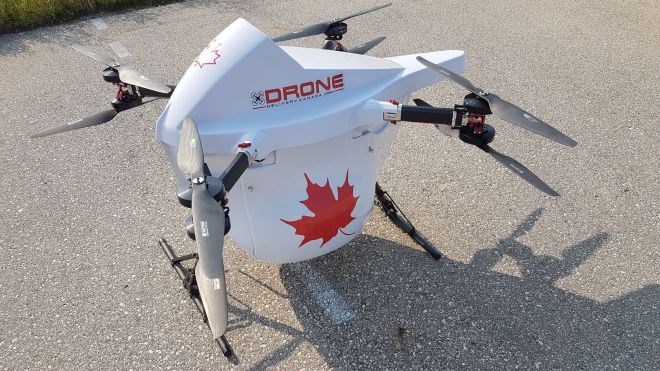 On Dec. 5, the company announced it would use its Sparrow model drone, capable of carrying a 5-kilogram payload, to carry letters, general parcels, medical supplies and other general necessities between the Moose Cree communities.

Tony Di Benedetto, CEO of Drone Delivery Canada, said he expected the program to roll out in the second quarter of 2019.

“This agreement is representative of the large remote communities market that we see penetrating over the next three to five years,” Di Benedetto said in a news release.

“The remote communities market is only one segment of the overall total addressable market in Canada. In addition to Canada, DDC is working with other customers around the globe to licence our FLYTE software and drone delivery technology.”

There are roughly 1,000 remote communities across Canada that are faced with logistics and infrastructure challenges that contribute to a high cost of living, said DDC, noting it aims to alleviate those challenges while improving lives and creating jobs across the North.

DDC’s announcement follows a series of beyond-line-of-sight test flights conducted in September between the communities of Moosonee and Moose Factory.

Stan Kapashesit, director of economic development for Moose Cree First Nation, said his community has seen the benefits of the technology after working with DDC over the last two years.

“Where infrastructure is weak, or at times non-existent or accessible, DDC’s drone delivery platform is a valuable solution to connect remote communities and provide fast and efficient deliveries that were once not possible,” he said in the release.

DDC is permitted to commercially operate its drone delivery platform within the Moosonee and Moose Factory communities under a Compliant Special Flight Operations Certificate (SFOC), which permits DDC to conduct drone operations in all Canadian provinces and territories.