Consultant claims Ontario Northland not on board with passenger rail

Crown railroader counters it's teamed up with Metrolinx on business case to restore train service
0
Jun 4, 2019 4:47 PM By: Ian Ross 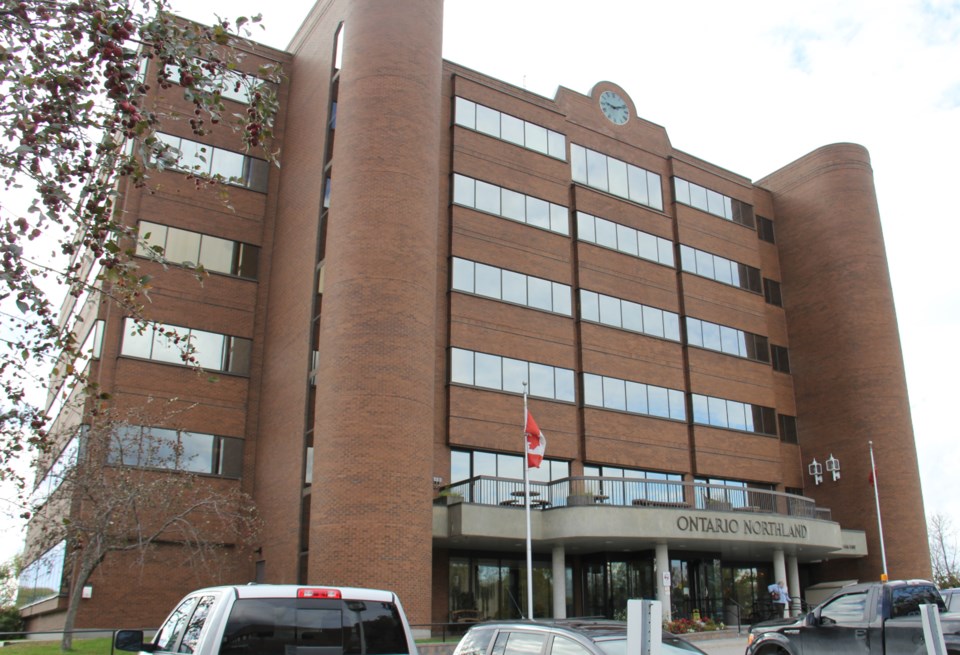 A railway consultant has released portions of a conceptual plan on how passenger service can be revived in northeastern Ontario.

But Greg Gormick of On Track Strategies questions whether Queen’s Park has the political will to do it and if the province can overcome institutional resistance within management at the Ontario Northland Transportation Commission (ONTC) to return service that was cancelled in 2012.

However, the North Bay-headquartered commission counters it’s currently working on a plan with a sister Crown agency in southern Ontario to bring back the service.

In an interview, Gormick, a respected Oshawa-based rail and transit analyst and writer, offered stinging criticism about the attitude within the North Bay-headquartered Crown agency based on his discussions and messages with a senior executive at the commission last year.

Since late 2017, Gormick has been serving as a technical advisor to All Aboard Northern Ontario, a grassroots advocacy group headed by Eric Boutilier of North Bay.

Gormick released excerpts of his roughly 200-page report to Northern Ontario Business, including a private email from an alleged high-ranking ONTC executive who indicates there’s little appetite to see the return of the train.

“I am not a proponent,” said the Dec. 23 email from the senior executive to Gormick, reflecting on “where we stand within the ONR (Ontario Northland Railway),” much to the contrary of the campaign promises made by the Ford government and Nipissing MPP and cabinet minister Vic Fedeli.

Gormick declined to identify the person except to say that they are positioned directly below ONTC president-CEO Corina Moore. The individual sent the email through their personal account.

In the email, the executive questions if the population density north of North Bay justifies a taxpayer-funded rail service, alluding to Ontario Northland’s recent expansion of regional bus service.

“We could easily feed passengers by bus to a train in North Bay at a fraction of the cost. The efforts and daily distractions involved in running passenger trains are considerable….”

The executive wrote that daily service between North Bay and Toronto could get “decent ridership,” depending on the time of day and if transit times stayed consistently below five hours, but the person expressed concerns due to CN Rail’s control of the tracks south of North Bay.

“So internally, I advise my colleagues to be careful what you wish for. When asked, I try to make sure everyone knows what is involved so at least they can take an educated position. If we are given the mandate to re-establish a passenger train, of course I would do my best to do a decent job of it.”

The executive said Ontario Northland will only act to restore service if tasked by the province to do so.

“So we are really laying low and letting the government decide. If we are asked for information from the Ministry (of Energy, Northern Development and Mines), we provide it.”

The writer said though Ontario Northland boss Corina Moore has met with various rail advocacy groups, it “doesn’t mean she necessarily supports them.

“As you have found, the Northlander always was and remains one of those political minefields that never dies. Vic (Fedeli) will ultimately find this out, if he isn’t catching on already.”

Gormick said he debated whether to include the email but felt, as a consultant, he had to deliver a frank and honest appraisal of the potential institutional and political obstacles that rail advocates will face.

He believes the email is representative of the attitude at ONTC and suggests the province contract out to an independent, third-party consultant.

“They’re not equipped to do that study and show a reasonable level of enthusiasm.”

The Northlander train service between Cochrane, North Bay and Toronto was cancelled seven years ago by the McGuinty government, which cited high operating costs and declining ridership.

However, a Freedom of Information request by All Aboard Northern Ontario subsequently discovered a government consultant deemed the train's average annual ridership numbers of approximately 35,000 were acceptable for the market size.

Ontario Northland spokesperson Renee Baker wouldn’t comment on the contents of the email, or its origin, but said there is movement afoot to restore service.

She revealed ONTC is collaborating with Metrolinx, the Crown agency that oversees public transportation planning in the Golden Horseshoe Area, to do a detailed business case for passenger rail.

The two agencies will present their case – detailing operational requirements, options for implementation and a “responsible level of funding” – to the government in the fall.

“We are fully supportive of passenger rail and we’re very enthusiastic to share the details of the business case with the government,” said Baker.

No funds were set aside in the Ford government’s April budget to restore the train, and Baker said ONTC has not been officially instructed by the Ministry of Energy, Northern Development and Mines to revive the service.

But the government’s stated review of Northern Ontario’s transportation system prompted them to reach out to Metrolinx to come up with a solution that serves the needs of Northerners.

“This is something that Metrolinx and Ontario Northland saw an opportunity to develop a strategic alliance by developing this business case," she said.

Baker said Metrolinx has a "strong partnership" with CN to address any congestion issues on the Bala Subdivision.

She said it’s too premature to determine what that service might look like, or if it would extend to Cochrane, since those details are not yet available.

“We’re only in June right now, so we’re just getting started with things.”

As for the email, Baker said she can’t confirm that that exchange occurred with a member of their executive team.

“We’re fully supportive of passenger rail and we’re developing a plan with Metrolinx, so it’s just not worth any further investigation because that’s just not our position.”

A multi-modal plan to connect the northeast

Gormick’s report, entitled “Northeast Lynx, High-Performance Rail Travel for Northern Ontarians,” is a multi-modal plan that involves a network of buses feeding traffic to the train, much like Toronto’s Go Transit system.

It’s combined with the deployment of refurbished, second-hand, but proven rolling stock through, potentially, six phases of regional expansion.

Gormick said he drew upon the best concepts from successful passenger corridors in New England, North Carolina and California to present a template that can be applied anywhere.

The first phase is a $1.5-million “bare bones” North Bay-to-Cochrane service that Gormick insists is easy to implement using equipment – not currently in Ontario Northland’s fleet – that needs only a light overhaul. He contends service could be restored within six months, he said.

Through his connections, Gormick said he knows where that rolling stock can be sourced.

With graduated costings of up to $159 million in capital investment, each phase in his report includes the equipment requirements and rail infrastructure improvements.

Gormick insists it’s a cost-effective solution for this market when compared with multi-billion-dollar light rail projects and subway extensions on the books for the Greater Toronto Area and Ottawa.

If ridership grows and the service expands, a second wave of upgraded equipment fleet would be needed to handle the volume.

Gormick said the project gets pricey if service is extended west to Kapuskasing and Hearst. The 128 miles of track bed needs extensive work to accommodate a timely and competitive passenger train.

Another issue is the CN Rail-controlled track south of North Bay at the Bala Subdivision between Richmond Hill and Washago.

Considerable investment is required to increase capacity on the heavily trafficked track to accommodate both passenger and freight, he said.

A chief criticism he’s heard of Ontario Northland's train schedule – past and present – is that it’s unresponsive to the needs of Northerners.

Gormick proposes a Joint Powers Authority, a governance model that would give communities a representational say on how the train is run, at a kind of board of directors level.

“Everything on the ONTC is done to serve their own convenience, not the public,” said Gormick. “There’s the problem. The people who would use this, really have no say.

“It will never work if it’s a locked-down, top-down politically controlled operation.”

Copies of his partially released report have also been sent to the All Aboard group, the Temiskaming Municipal Association, and the Northeastern Ontario Municipal Association, which collectively provided $10,000 in seeding funding or in-kind contributions for the plan. But the full report remains in his possession.

Gormick’s report was to have been released last fall but the All Aboard group ran into fundraising difficulties to raise an additional $10,000 to $15,000 for him to finish the plan and present in a town hall-type setting.

Instead, Gormick finished the document for his own “personal satisfaction” and to fulfill a commitment to a departed friend.

Frustrated and disillusioned by, what he reviews as, a combination of region-wide apathy, lack of funding for his plan, politicking and squabbling over the vision of how the service can be revived, Gormick said he’s dropped this project to “pursue other opportunities.”

“I still believe it should be done, whether it’s my plan or not.”

Latchford Mayor George Lefebvre, who serves on the 23-member Temiskaming Municipal Association, said there is a high level of support for the train.

There’s faith that Gormick’s plan is the way forward but he said there are also plenty of reservations, considering the Ford government’s commitment to the expansion of GO service in the GTA.

“There’s a lot of skepticism whether it can actually happen, but it would certainly be welcomed back.”

He was hopeful more funding can be raised to view Gormick’s study in its entirety.

“I can’t say there will be but there should be. All we can do is present this to the Ontario Northland and say this sounds like it has a lot of merit and should be pursued.”