No big-project bucks for Northern Ontario in provincial budget 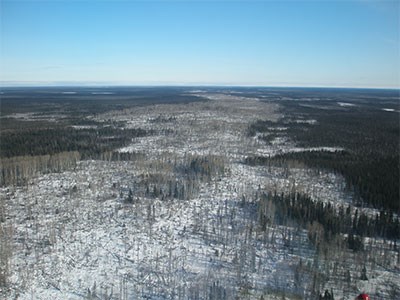 A plan and a funding commitment for the final leg of an access corridor into the Ring of Fire still remains murky, even with the first budget from a new provincial government. government's

In a no-surprise budget, the Ford government made no grandiose and sweeping funding commitments to Northern Ontario.

In his remarks, Finance Minister and Nipissing MPP Vic Fedeli said the North stands to make “an even greater contribution” to Ontario’s cultural and economic success, but recognized this region has its challenges with its lack of economic diversification, an aging population, outmigration and infrastructure gaps.

The thrust of the Ford government’s first budget revolved around slaying the $15-billion deficit dragon and restoring Ontario to fiscal balance within five years.

No mention was made of any funding commitment to further develop the transportation corridor into the Ring of Fire, other than what’s already being spent in early-stage planning and environmental assessment of the first leg of a north-south access route.

The government is staying on the course of the previous Wynne government in its willingness to work with development-ready First Nation communities near the deposits, with specific mentions of Webequie and Marten Falls.

Hearings continue to repeal the 2010 Far North Act in order to make headway on important Northern economic development projects, such as the Ring of Fire and to connect remote communities to the Ontario road network and power grid.

A Mining Working Group has been created with the goal of cutting regulatory red tape and attracting more investment to this industry. And the makings of a new provincial forestry strategy continue with stakeholder sessions moving across the province with the goal of boosting the available Crown fibre supply, and creating the right conditions for the industry to thrive.

As with last year's campaign promises, the Ford government will honour the previous Wynne government’s commitment on resource revenue sharing with First Nation communities, but seeks to share and extend that wealth with all Northern communities.

While Ottawa overhauls its federal environment assessment (EA) regulations on all large resource projects, Queen’s Park said it will do that same in reviewing its own EA processes to make them more business friendly and to encourage development.

The government is behind the continuance of the Wataynikaneyap Power and the East-West Tie transmission projects as well as following through its promise to deliver natural gas access to Northern communities and to spend $315 million on improving "shovel-ready" broadband and cell service across Ontario.

Billions are being shelled out for transit and light rail in the Golden Horseshoe and Ottawa, but the Ford government is still mulling over its options to restore passenger rail service in northeastern Ontario.

In a rebuttal, a “truly disappointed” former Northern Development and Mines Minister Michael Gravelle said in opposition from Thunder Bay that the Ford government's budget made no funding references to Northern highways and held “no useful information or funding commitments to the Ring of Fire.”

Agri-food programs net $2.2M in government funding
Jan 20, 2020 3:00 PM
Comments
We welcome your feedback and encourage you to share your thoughts on this story. We ask that you be respectful of others and their points of view, refrain from personal attacks and stay on topic. To learn about our commenting policies and how we moderate, please read our Community Guidelines.