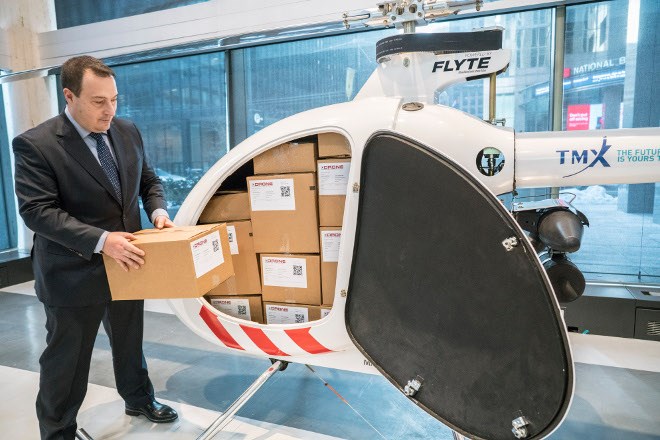 The Vaughan-based company said “critical aspects” of the Condor all functioned well when the company put the technology through its paces in Foremost, Alta.

Introduced in 2019, the Condor has a range of 200 kilometres and is capable of carrying a 400-pound payload.

The company said more testing will take place later this year in preparation to commercialize the drone.

President and CEO Michael Zahra said the company also plans to complete testing on its Robin XL model by the end of the year.

The Robin XL can carry 25 pounds of payload, travel 60 kilometres, and is designed for harsher climates.

“The Sparrow, Robin XL and Condor all have unique use-case applications based on range and payload capabilities, and we are excited to have all three coming to market,” Zahra said in a Sept. 1 news release.

“Pre-selling efforts are underway and market response has been very favourable in Canada and internationally.”

DDC established a model for successful commercial operations in 2018 after signing a $2.5-million commercial agreement with Moose Cree First Nation to deploy its technology in that territory.

Using its Sparrow drone, DDC ran a series of beyond-visual-line-of-sight tests, successfully flying medical supplies, mail and other parcels between the James Bay communities of Moosonee and Moose Factory.

However, nearly two years after the deal was struck, commercial operations in the community have not yet begun.