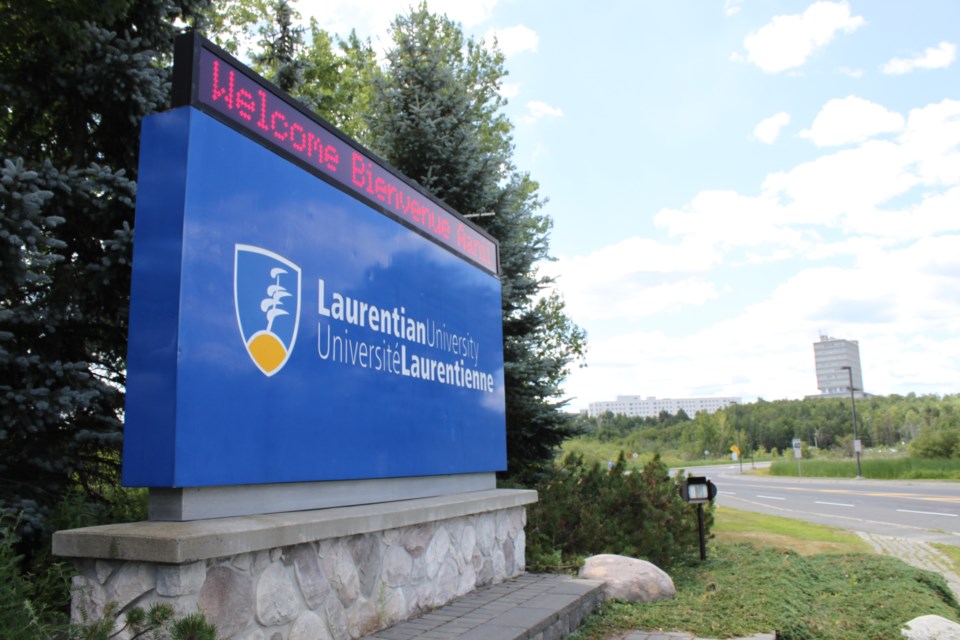 The school had been experiencing financial challenges in recent years, reporting $10.6 million in debt for the 2020-2021 year.

Proceedings taken under the CCAA allow an organization to restructure in an effort to become sustainable over the long term.

Ernst & Young will act as the court-appointed monitor in the proceedings. Under the supervision of the court, the firm will assist the university in coming up with a restructuring plan.

The school said the target date for completion of the key components of that plan is April 30, 2021.

“Laurentian’s board of governors and administration determined that commencing these proceedings is the best path forward that will allow for the opportunity to financially and operationally restructure the university,” according to a Feb. 1 statement from the school.

“The university has taken this step with a view to emerging as a fully restructured and financially viable institution.”

In a provincial news release, Ross Romano, minister of colleges and universities, called the move by Laurentian “unprecedented.”

The Province of Ontario has appointed Dr. Alan Harrison – an experienced administrator and researcher, with a specialty in economics – as a special advisor to weigh in on options to help the university get back on track.

Although Laurentian will remain a priority for the government, Romano said, the province will also look at long-term strategies to avoid a similar scenario in the future.

“The government will be exploring its options, which could include introducing legislation to ensure the province has greater oversight of university finances and to better protect the interest of students and Ontario taxpayers,” Romano said in the release.

“The government wants to ensure this issue does not repeat itself in other institutions in the postsecondary educational sector."

In his own statement, Robert Haché, who has served as Laurentian’s president since February 2019, emphasized that the school’s priority is the students and their learning experience, noting that the court proceedings would not impact the day-to-day operations of the school.

Haché cited several challenges experienced over the last decade as contributing to Laurentian’s current financial situation, including historical recurring deficits, declining demographics in Northern Ontario, the 2019 closure of Laurentian’s Barrie campus, a reduction and freeze on domestic tuition implemented in 2019, and, most recently, the impacts of the COVID-19 pandemic.

“As we have communicated previously, we are facing unprecedented financial challenges and our financial health is currently amongst the weakest in the province compared to other universities. We intend to change that,” Haché said.

“Despite our best efforts over the last year, Laurentian is insolvent. This is a problem that can and will be addressed if all stakeholders work together to implement a vision for Laurentian that includes more financially sustainable operations.”

Opened in 1960, Laurentian University is a mid-sized university offering undergraduate and graduate studies in a number of disciplines, in both French and English. Around 9,000 students are enrolled at the school, in full-time, part-time and online studies.

Affiliations include the Northern Ontario School of Medicine, a collaboration with Thunder Bay’s Lakehead University, and the McEwen School of Architecture, which opened in 2013 as the country’s first new school of architecture in Canada in 45 years.

Miners-in-training being schooled in mental health awareness
May 4, 2021 11:00 AM