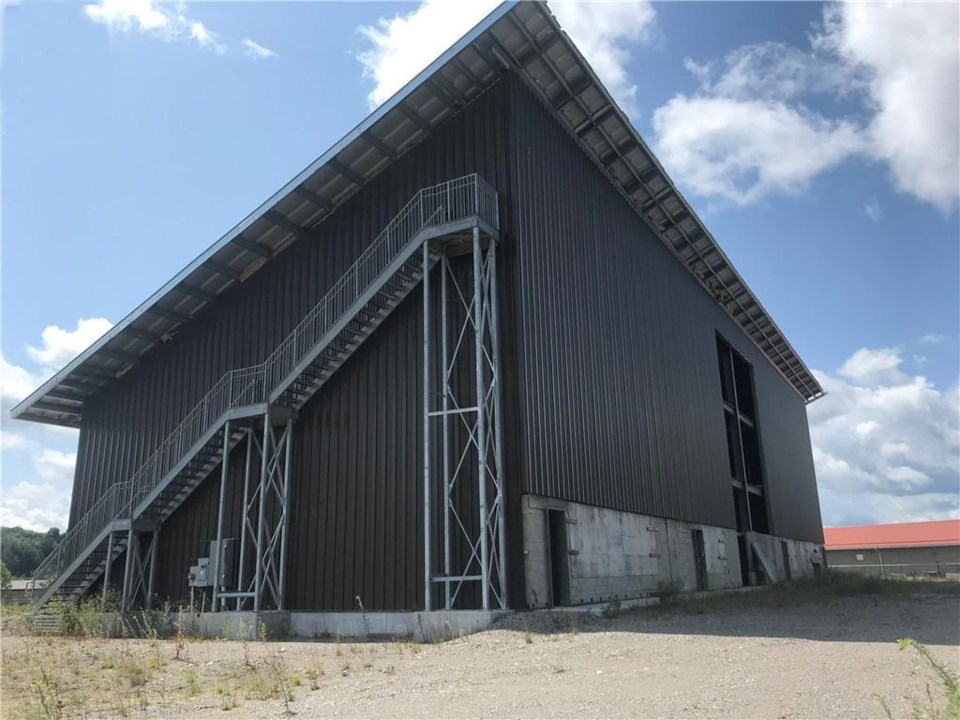 A Sudbury-based cannabis company that announced plans to set up shop in Espanola last summer has hit a funding snag that's delaying the project's development.

Jeff Scharf, president and CEO of GaiaCann Inc., said plans for the construction of a first-phase cannabis cultivation and extraction facility in northeastern Ontario have been deferred.

Locals from the northeastern Ontario paper mill town about 40 minutes west of Sudbury recently took to Facebook to express confusion.

The 32,000-square-foot facility and a nearby 100,000-square-foot-facility located at 37 & 85 Panache Lake Road on the southeast corner of the community, dubbed “The Innovation Project” and “The Greenhouse Project” on GaiaCann's website, were listed for sale by Royal Lepage in September.

Scharf explained that the building is owned by one of his former companies, but the lender doesn't support cannabis operations, so they needed to explore different funding opportunities.

In May, his company had secured a commitment for a $6.5-million loan from a Houston, Texas bank to purchase the building and also complete construction. Unfortunately, the deal fell through.

According to Scharf, financing for cannabis operations in Canada is a challenging endeavour because traditional banks won't back them.

Despite the “glitch,” he claims the situation should be resolved by Nov. 29. The operation is still moving forward, he said. He expects the extraction facility to be fully operational by August, 2020.

The last six months have seen a lot of changes in the cannabis industry as stock prices dropped and larger cannabis companies like Canopy Growth and Aphria Inc. have seen a decline in value.

“The cannabis bubble burst,” said Scharf. “During that time, we had the ability as a newcomer in the industry to watch what was happening in that landscape and then try to ensure we don't hit those same growing pains as we launch out.”

While the original plan was to grow cannabis in Northern Ontario, Scharf said that due to the high cost of production here, GaiaCann has obtained two licences in Colombia and Suriname to grow crops in those South American countries for shipment to Espanola for processing.

Production costs to grow cannabis in South America, he said, are equal to about five cents per gram.

“The facility in Espanola will be primarily for extraction,” said Scharf. “We're looking at not just extracting a general cannabis flower, but also looking heavily into the hemp industry and high CBD hemp strains.”

The current plan is to focus on extraction for the first couple of years. Then, if GaiaCann decides to move into cultivation, Scharf said that it will be a “very boutique and small-scale" operation here.

The completion of construction on that facility is still slated for 2021.

In the future, the company does envision making and selling its own cannabis products, but until then, the company plans to sell wholesale to other manufacturers.

GaiaCann is still in contact with ONEnergy Inc., a leading North American supplier of renewable energy systems. In June, it was announced that Scharf had signed a letter of intent to be acquired by the Toronto-based firm.

In the proposed arrangement, ONEnergy would acquire all of the company's common shares in exchange for new shares of a ONEnergy spinoff company.

Scharf said they are currently strategizing about when it makes the most sense to take the company public.

In a press release published on June 25, Scharf said that a partnership with ONEnergy would help them reach a "new level of scientific growth" in the industry. They plan to work with Sudbury-based Medicor Research to conduct clinical research studies on medical marijuana.

While a lot of its hiring has already been done, GaiaCann is still looking to add more chemists to its team in addition to employees with expertise on selling cannabis to a global market.

The company will be working with a Vancouver-based consulting firm to work out the legal details of import/export, licensing, and other issues.

Scharf is also the owner of Greenhouses Canada, a grow-op tech company, and he announced his intentions to enter the cannabis industry last year.

Safety has to be part every step of implementing battery electric vehicles
Feb 18, 2020 8:00 AM

Feds drop $3.5M to green underground mining
Feb 11, 2020 2:00 PM
Comments
We welcome your feedback and encourage you to share your thoughts on this story. We ask that you be respectful of others and their points of view, refrain from personal attacks and stay on topic. To learn about our commenting policies and how we moderate, please read our Community Guidelines.