Angel investing in Northern Ontario works a lot like what viewers might see on the popular TV show Dragons’ Den, said Mary Long-Irwin, but “without all the TV drama.
0
Oct 21, 2013 1:10 PM By: Lindsay Kelly 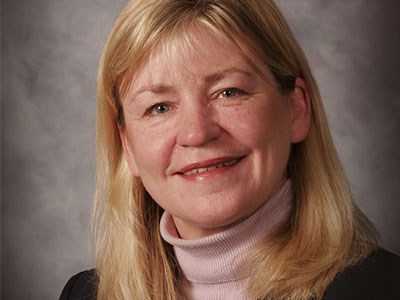 Angel investing in Northern Ontario works a lot like what viewers might see on the popular TV show Dragons’ Den, said Mary Long-Irwin, but “without all the TV drama.” Entrepreneurs and innovators make a pitch to an investor, that investor uses her gut instinct to determine if it’s a good idea and the decision is made. The hard part, said Long-Irwin, executive director of Northern Ontario Angels (NOA), is often convincing the business owner to see their business idea from a different perspective.

“Sometimes it takes a little bit of time to get the business owner to wrap their head around the idea that not all great ideas are worth $1 million and, no, you can’t get $1 million and give up five per cent,” she said, noting that investors also provide invaluable mentorship and networking opportunities.

Angel investing is catching on in the North, and Northern Ontario Angels has been ranked as one of the top angel investing networks in Canada.

It tied for first place with two other networks for the number of investments made, and it has had the third highest amount of money invested in the country.

Long-Irwin said eight out of 10 business ideas she sees don’t work, but for the remaining 20 per cent, angel investing can provide the capital needed to get a business off the ground after other funding sources—family and friends, bank loans, personal finances—have been exhausted.

“There are really good opportunities there,” Long-Irwin said. “If you have a really good business idea, and you’re willing to put in the time and the effort and the commitment for it, but you don’t have the money, don’t let that stop you because there are resources there that will support your business.”

The breakdown is in contrast to the types of investments made in southern Ontario, where investors shy away from service opportunities and overwhelmingly stick to high-tech areas, because they offer a quick return on investment, said Karen Grant, executive director of the Mississauga-based Angel One Investor Network.

Every software company dreams of their product being snapped up by Google.

“Angel investors are not bankers; they are looking to make an investment that will bring them a return on their investment,” said Grant, who also serves as board chair for Northern Ontario Angels. “So this isn’t necessarily a philanthropic thing to do. They’re doing it because they’re hoping to be able to see a return.”

Angel investors tend to get involved in sectors about which they have some knowledge, but some aren’t afraid to try something new.

“Most angels are encouraged to get involved in sectors that they already know something about; if you’re investing in something it would be really helpful if you could draw on your knowledge base,” Grant said. “Once they get used to their fellow members, there may be a couple of them that have industry knowledge they don’t have, but they’d be prepared to follow their lead into a new sector.” Long-Irwin credits FedNor with helping to boost angel investing in Northern Ontario.

NOA isn’t funded by FedNor, but the agency provides some capital to support positions like hers. Angel investing is developing a name for itself, but a challenge remains in the distance NOA covers: the catchment area runs from just north of Barrie to Kenora. Travel is essential because investors often want to meet with Long-Irwin before agreeing to move forward with an investment.

To assist with that, NOA is now adding to its cadre of investment advisors. Parttime advisors posted in Sudbury, Sault Ste. Marie and North Bay will become an entry point for entrepreneurs, who are encouraged to cross municipal borders to find investors.

An investor in Thunder Bay may find the right opportunity with a business owner in Sault Ste. Marie, for example.

Long-Irwin maintains that small businesses form the backbone of the economy, because they provide jobs and boost the economy. Angel investing is helping to foster that growth.

“None of us in Northern Ontario is going to sit and wait for a Toyota plant to come and give us 500 new jobs—that just doesn’t happen,” she said. “But when you get small business and they’re employing 15 people or 20 people, that’s phenomenal.”

Rail blockades are bad for small business
Feb 19, 2020 3:56 PM
Comments
We welcome your feedback and encourage you to share your thoughts on this story. We ask that you be respectful of others and their points of view, refrain from personal attacks and stay on topic. To learn about our commenting policies and how we moderate, please read our Community Guidelines.