Matters of clarity in SR&ED 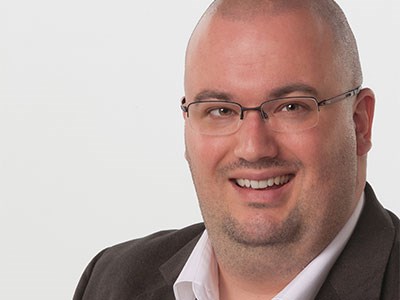 Justin Frape is a Senior Manager in the SR&ED practice at BDO Canada LLP. He can be reached at jfrape@bdo.ca.

SR&ED is the flagship program through which federal and provincial governments incent private enterprise to engage in research and development.

With approximately 10 years of experience in SR&ED, I have seen the content and context of the program change dramatically.

I have seen how the new rules are applied in the audit of claims in the past few months, and I am appreciative of the clarity I have observed in the CRA’s interpretations based on the new guidance.

The balance of this is that in exchange for clarity, the scope of perceived eligibility has narrowed. That said, there are three things I have noted that can truly assist claimants of SR&ED in the pursuit of successful claims.

1. A change in performance resulting from non-standard refactoring of approach is indicative of a technological advancement.

This one is a mouthful, but there is a wonderful lesson in here. The term “refactoring” comes from software development, where a programmer changes source code without changing the external behaviour of the code. (To be clear, this example applies to all SR&ED and not just software.)

If you are seeking to build a widget, and you try a different method in an attempt to achieve a similar or better result, you are essentially “refactoring” your approach.

“Non-standard refactoring” implies that there is a certain toolkit of approaches that you can try, and then after those are exhausted, you are in uncharted territory.

This is where SR&ED happens. Every competent person in a given field of science or technology has a specific set of approaches that they can use to tackle a problem. But once it is unclear if a given approach will have a predictable effect, the SR&ED clock starts ticking.

2. Be very careful in your delineation of incremental effort required for SR&ED.

An auditor once told a client of mine that SR&ED starts in the shadow of an explosion. When typical approaches (standard refactoring of approach) fail to yield an appreciable change in the outcome of a given attempt, that’s when the SR&ED starts. It could be that a project’s SR&ED effort commences on Phase 3, even if the project itself commenced at Phase 1. scope of qualifying work is a critical determination that an auditor seeks to make in the course of a review.

And it’s not just when the SR&ED project begins that is of interest to an auditor; at some point, the uncertainty of whether or not a given approach will result in a predictable outcome will be removed.

When the new thinking becomes standard practice in itself, it becomes a new piece of base level knowledge upon which subsequent SR&ED eligibility will be determined.

Therefore, the endpoint of an SR&ED effort is also critical.

3. Keep track of your hypothesis and how it changed as a result of your work.

This is the most important facet of substantiating a claim for SR&ED. It is akin to a Murphy’s Law for SR&ED professionals; the most interesting R&D has the least amount of documentation. The most common question I am asked is, “What should I keep?”

Essentially, you are demonstrating a stream of consciousness in your work, and not just grasping at straws.

“Trial and error” is the antithesis of SR&ED, and will most assuredly be regarded unfavourably by the CRA.

SR&ED has seen many changes since the early versions of the program in the 1940’s. These latest changes will most certainly not be the last for the program, but a structured approach to R&D and some good guidance from CRA or an SR&ED professional will greatly enhance the probability of a favourable outcome.