Goldcorp has been fined after a worker was injured at its Red Lake gold mine complex near Balmertown in 2015.
Oct 28, 2016 11:07 AM By: Northern Ontario Business Staff 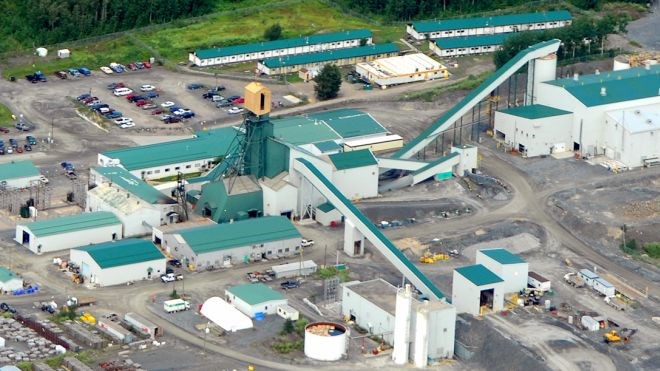 Goldcorp Canada Ltd. pleaded guilty and has been fined $55,000 after a worker was injured while removing a tire from a mining scoop tram.

On January 14, 2015, a Goldcorp worker employed as an underground mechanic was in the process of replacing a rear oscillating axle on a scoop tram. While removing the right rear core filled tire, the tire fell on the worker. Three other workers in the garage area responded and the 878-pound tire, with a 4.5-foot diameter, was lifted off the injured worker. The worker was transported to hospital for treatment.

The subsequent Ministry of Labour investigation revealed that Goldcorp did not have a written procedure for the work being performed on the tires and wheel assembly as required by Ontario's Mining and Mining Plants Regulation. Specifically, there was no written procedure regarding the hazards associated with working with this particular task.

Goldcorp pleaded guilty to failing to ensure that it established written procedures for the work performed on the tires and wheel assembly, contrary to the regulation.

The fine was imposed on Oct. 26, 2016 in provincial court in Red Lake by Justice of the Peace Edith Baas.

In addition to the fine, the court imposed a 25 per cent victim fine surcharge as required by the Provincial Offences Act. The surcharge is credited to a special provincial government fund to assist victims of crime.