Winter or not, gold exploration heats up the Timmins camp 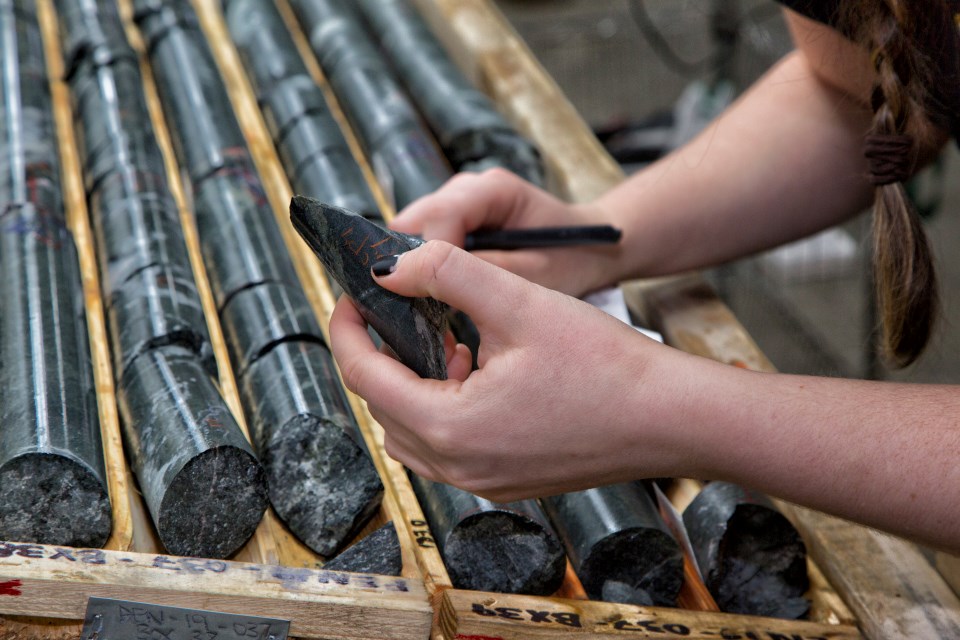 A December flurry of exploration activity and major gold discoveries east and west of Timmins show encouraging signs for 2021.

Toronto's Galleon Gold expects to publish a preliminary economic assessment (PEA) for a potential open-pit mine, west of the city, next spring.

The junior miner reported Dec. 22 that it has drilled its 100th hole at its West Cache Gold Project amounting to 24,000 metres of drilling to date on its property, 13 kilometres west of Timmins. Highway 101 runs through the property.

Since kicking off a large drill program last June, Galleon has reported "excellent grades" from infill drilling between its East and West Pits. The company is counting on its new high-grade gold discovery, Zone #9, to deliver more exciting assay results in 2021.

"We expect Zone #9 to be the target for the first underground test stope area around the 120 to 160-metre level," said company president-CEO R. David Russell in a news release.

"We also suspect that Zone #9 is just the first of several ore shoots we will discover at West Cache. We are looking forward to 2021 and continuing our drill program and publishing a PEA early this spring."

The company began infill drilling last summer between its proposed East and West pits, where there's been little exploration drilling in the past.

Turns out the so-named Gap Zone contains much of the same gold mineralization, as the company seeks to tie the two pits together. One hole in this zone returned a result of 8.93 grams per tonne of gold over three metres from 156 metres to 159 metres.

In preparing to take a bulk sample in 2021 for a potential mine down the road, the company started environmental baseline studies and permitting plans in early December.

“Permitting a mining project is a multi-faceted process that requires a significant amount of time for planning, data collection and consultation," added Russell.

"We are committed to advancing West Cache to production in a timely manner and are pleased with the progress and plans in place to ready the property for mining. We look forward to continuing to work with local First Nations, government agencies and all stakeholders to ensure a successful path to production."

Farther to the west, GFG Resources wrapped up a second round of drilling at its Pen Gold Project.

The Saskatoon-headquartered explorer has been drilling off a number of gold targets on its 475-square-kilometre property, 40 kilometres west of Timmins.

The company released partial results of the 8,900-metre program just completed at the site situated between Newmont's Borden Gold Mine and Pan American Silver's Timmins West Mine.

With its Nip prospect, in the middle of the property, the company said it's discovered a significant gold system. One hole intersected 71.27 grams of gold per tonne (g/t) over 8.5 metres, including 511.00 g/t over 1.15 metres.

Another exploration program with 5,000 metres of drilling is queued up for late January to follow up on recent discoveries and test newly generated targets.

“In 2020, we set out to drill 12,000 metres and complete a significant regional surface program; we executed the plan successfully and were below budget,” said company president-CEO Brian Skanderbeg. He praised his team's performance this year in generating new high-grade gold targets, making new discoveries, and expanding several gold zones.

The company brought Alamos Gold aboard this year as a strategic partner.

East of Timmins, exploration around an historic Matheson gold producer is opening eyes with a Vancouver junior miner.

HighGold Mining recently released some assay results from its "first pass" round of drilling conducted last fall at its Munro-Croesus project.

The company received results from nine of the 31 holes it drilled last fall around the former Croesus Gold Mine, 75 kilometres east of Timmins, along Highway 101.

One drill hole returned 190.5 grams per tonne gold (g/t) over 0.5 metres, including 311.0 g/t Au over 0.3 metres in the vicinity of the historic underground mine. This intercept was pulled from a spot five metres about the old underground workings.

Last fall, the company launched a 2,645-metre drilling program around the Croesus Mine and to test new targets.

Geologists found a gold-bearing quartz vein system near the surface last September in an area known as the No. 4 Shaft, located a kilometre away from the mine. The shaft, which was developed between 1916 and 1919, only ran to a depth of 100 feet.

While the company's Johnson Tract project in Alaska remains the flagship project, Green said this Timmins-area project is "clearly emerging as an exciting second pillar."

The company holds two other gold properties in the area, specifically the Golden Mile property, northwest of Timmins, and Golden Perimeter, southeast of the city.