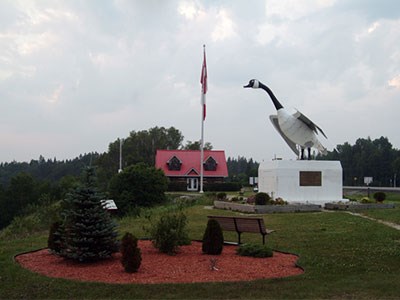 The two junior miners announced Dec. 17 that they’ve entered into a non-binding letter of intent where Red Pine will acquire all of the outstanding securities of Augustine.

Red Pine and Augustine each hold a 30 per cent interest in the Wawa Gold Project.

The project consists of four claim groups of 5.338 hectares located two kilometres southeast of Wawa. The property contains the Surluga gold deposit with an inferred resource estimate of 1.088 million ounces at grade of 1.71 grams per tonne within 19.824 million tonnes.

The property once hosted numerous gold mines with historic production of more than 120,000 ounces.

In the agreement, Augustine will fold into a newly-incorporated subsidiary of Red Pine.

Consolidating the project under the direction of one outfit cuts costs, increases liquidity, and benefits shareholders, they say.

"The transaction will enable us to focus our combined resources into the exploration and development of the Wawa Gold Project,” stated Red Pine president-CEO Quentin Yarie, “which we believe will continue to enhance long-term shareholder value and a more diverse and larger shareholder base should enhance the liquidity of the shares of the combined entity."

"The quality and strength of our combined technical teams led by Quentin Yarie, the proposed COO of the resulting company, will ensure robust advances in the further development of our known gold resource,” said Augustine president Robert Dodds, “and the merged entity will be financially stronger and should realize economies of scale by reducing public company costs, including legal, audit, listing and administrative and our shareholders will participate in the future growth as shareholders of the combined entity."

An upcoming meeting of shareholders of Red Pine is set for Jan. 29. They’ll be asked to approve a resolution to change the company’s name to Wawa Gold, or whatever name the board of directors “deems appropriate.”