Lithium processing could put northwestern Ontario city on forefront of a new age in mining
Dec 14, 2020 9:00 AM By: Ian Ross 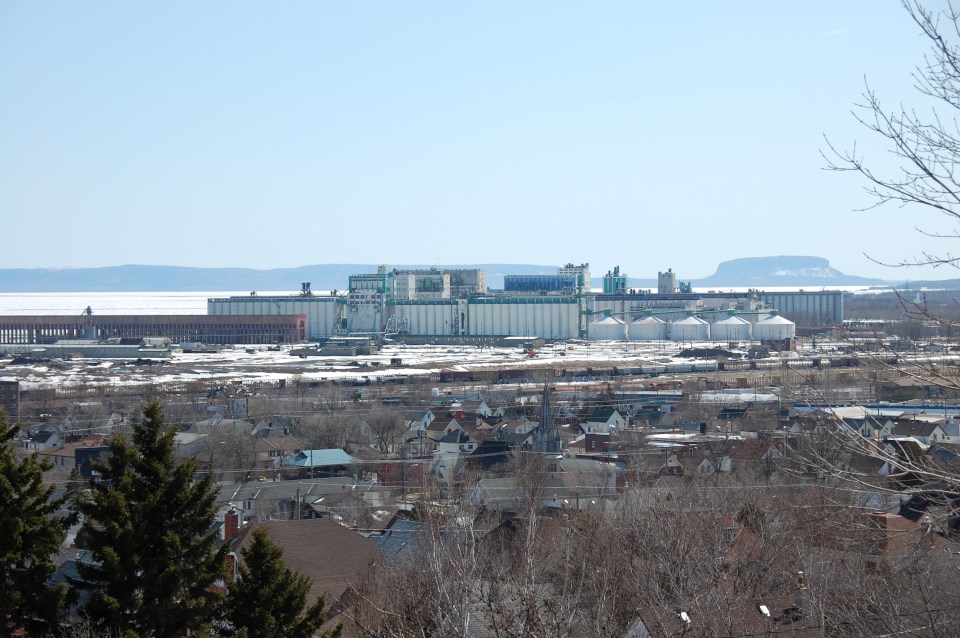 When John Mason worked as a provincial government geologist on the north shore of Lake Superior, there's wasn't much grassroots exploration or talk about lithium.

"On and off," said the mining services project manager with the Thunder Bay Community Economic Development Commission (CEDC). "Very minimal."

The Ontario Geological Survey documented plenty of occurrences in the Kenora District and the Georgia Lake area close to Beardmore, where Rock Tech Lithium has a very advanced exploration property, but the market to actually mine the commodity hadn't materialized.

Today, lithium, graphite, magnesium, cobalt, aluminum and rare earth elements are among the integral components in the clean tech and digital economy, used for lithium-ion batteries in the automotive sector and various applications in aerospace, defence, clean energy and electronics.

Two up-and-coming lithium mining companies in the northwest are working together to propose a lithium processing plant for Thunder Bay. The two junior miners signed a letter of intent earlier this month.

Mason and his colleagues at the Thunder Bay CEDC staff are assisting Advanced Avalon Materials, and Rock Tech Lithium is helping them get situated in the city.

It would be the first processor of its kind in North America.

The companies would need a 25- to 30-acre brownfield parcel of land with railway and Seaway access, natural gas hookup, and a power supply of 10 megawatts; not a problem at all, according to Mason.

"You're looking at a two- to four-year window before they're ready to go (on construction)," said Mason.

But the project timelines are good, said Mason, since there's an abundance of lithium supply on the global market right now.

"I think that's going to simmer down over the next few years. Two to three years out is probably a good thing in producing for the market."

There are plenty of new and growing projects on every continent, from brine production in South America to hard rock mining in Western Australia. Tesla's Elon Musk secured his own ethical supply in October in a mining deal with Piedmont Lithium in North Carolina.

Mason expects to see the same trend happen in the northwest.

"We can compete. I'm surprised there hasn't been more of that."

When Mason factors in other leading properties like Frontier Lithium's PAK, north of Red Lake, and Ardiden's Seymour Lake project, at the top end of Lake Nipigon, he estimates there's probably about 40 million tonnes of the resource in the ground with promising grades over 1 per cent lithium oxide.

He said Avalon and Rock Tech still have plenty of project milestones to check off – like environmental assessments and feasibility studies – before the properties can brought into production.

They'll also need to sign off-take agreements with customers to raise the necessary financing for the plant, which could be in the $300-million and $500-million range.

This kind of spinoff from the mining industry is one that Mason documented and promoted when his department released a city mining readiness strategy in 2013.

Thunder Bay has since grown in stature as a mining supply hub, largely thanks to Mason's efforts to educate locals about supply chain opportunities and Thunder Bay's place in the region's mining economy.

But this kind of value-added, advanced manufacturing with a once little-known and misunderstood soft silver-white metal like lithium is one he didn't anticipate.

Thunder Bay did try to elbow its way into the chromite potential in the Ring of Fire when it presented the city as a suitable host site for ferrochrome processing plant, first with Cliffs Natural Resources in 2011 and 2012, and more recently with Noront Resources, which awarded the processor to Sault Ste. Marie in 2019.

The harbourfront site, next to the decommissioned Thunder Bay Generating Station, which they pitched to Noront was rejected by the company on environmental grounds because of its proximity to water.

This time around, Avalon and RockTech selected Thunder Bay as their site of choice. The plant looks scalable as both companies look to position it as a toll processing operation for other lithium players in the region.

As for manufacturing opportunities with other commodities, Mason said the area's palladium and gold production doesn't require any additional processing. But he is keeping close tabs on ZEN Graphene's Albany graphite deposit near Hearst and the copper potential that emerges from Generation Mining's palladium property at Marathon.

Much of these information and other emerging opportunities will be made public early next year when the CEDC releases a new mining readiness strategy.

Mason said the report will feature brand new information on 15 advanced exploration projects that weren't included in the 2013 document. A consulting firm has been contracted to conduct in-depth interviews with key personnel at the six major mines in the northwest.

The main themes in the new strategy, he said, will be on needs in supply and service, workforce and training, and electricity requirements.

Mason said it'll be a useful document to send out to those mining companies considering Thunder Bay as a bedroom community for employees. The document will contain details on cost of living, taxation, development charges, transportation, and various other attributes of the community.