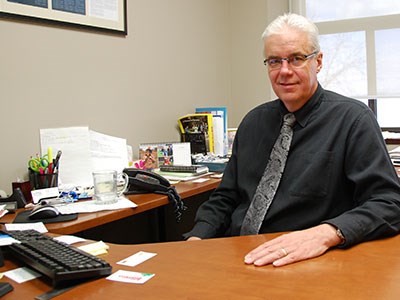 The municipality, its economic development commission and Fort William First Nation released their mining readiness strategy to serve as their game plan to prepare the communities for the monumental economic spinoffs expected to come their way.

A 398-page document, entitled Advantage Northwest, takes a wide angle view in forecasting the opportunities and challenges coming from mining development in northwestern Ontario and the Far North Ring of Fire exploration camp.

Prepared by SNC-Lavalin and Edward Hoshizaki Development Consulting, a final draft was circulated at two public meetings in April before a final document was released at month's end with a list of recommendations and priorities to tackle.

Among the issues addressed are the transportation and electricity shortcomings in the region, business development to service the industry, labour issues, partnerships with First Nations, future land supply for incoming companies and people, and research and development opportunities.

Despite a tough financing market for junior miners, John Mason, mining services project manager for the Thunder Bay Community Economic Development Commission, said there are 9 to 10 advanced exploration projects that are “ready to pop” into new mines, led by gold, over the next five years with expansions planned at existing mines.

One-third of Canada’s gold comes out of northwestern Ontario with 25 million ounces of gold in the measured and indicated category.

“This is not a small number. We're a big player and the world recognizes that,” Mason told delegates at the Northwestern Ontario Mines and Minerals Symposium in Thunder Bay in early April.

In the James Bay region, the Ring of Fire camp contains 230 million tonnes of chromite held by various operators with Cliffs Natural Resources controlling three of those deposits.

To meet future industry demands, Mason said electricity and transportation are two areas where government needs to step up.

The conversion of the Thunder Bay Generating Station to natural gas was halted by the Ontario government, but that facility fits into the fabric of what’s required in the northwest as new mines come online.

About 700 megawatts of new power is required and that also requires better transmission capacity across the northwest that goes beyond the government's proposed “east-west tie.”

“We're concerned that the east-west is perceived as utopia. What do you do if there are delays on this?” said Mason. “We see the Thunder Bay Generation Station being able to solve some of this short-term to mid-term piece if it's converted to gas or fibre.”

In taking more of a leadership role, Mason said his department isn't siding with any company's transportation plans for the Ring of Fire, but it will lobby the province to make a financial commitment on infrastructure to mitigate risk to industry.

“We have to illustrate to the province that this is not an expenditure, it’s an investment. We need your money and a commitment. I believe industry is waiting for decisions by government and have been frustrated. We want to ramp up the urgency.”

Mason said the competition to attract skilled trades and professionals is “probably one of the biggest threats to the success of projects,” which places more emphasis on working with the colleges, universities, trade unions and Aboriginal communities to train a home-grown workforce.

Some major items in the report require government attention, but Mason said some things that can be done locally such as creating a supply chain association similar to the Sudbury Area Mining Services and Supply Association.

“I think we can learn from that group and the activities in the northeast which are massive, and it’s also for us to be a little more strategic,” said Mason. It also fits with the plan to position the city as a regional exploration and mining services hub.

Mason estimates 200 companies in Thunder Bay devote at least 50 per cent of their business to mining-related activities, and about 50 firms outside the city.

To feature those companies, his department launched an online mining supply company directory this past spring with entrants coming all the time. In April, three new mining-related companies were searching for commercial space in Thunder Bay, including Abitibi Geophysics from Val d'Or, Que.

A huge opportunity resides with nearby Fort William First Nation, which controls about 1,000 acres of heavy industrial land.

“That asset of industrial land is key with significant tax benefits to work on Aboriginal land in partnering with Aboriginal people,” said Mason.

The neighbouring community of 2,100, is a full partner on the mining readiness strategy.

The First Nation was ready to host a ferrochrome refinery in a community pitch to Cliffs Natural Resources two years ago, and has held talks with Noront Resources on a processing plant.

“We're all about partnerships,” said Fort William economic development manager Ed Collins, in expressing a willingness to host “anything” related to mining, “as long as we get an opportunity and growth for our band members and the city of Thunder Bay.”

Garry Clark, the Thunder Bay-based executive director of the Ontario Prospectors Association, believes the mining readiness document is a solid blueprint on how local companies can manoeuvre themselves to take advantage of the coming opportunities.

He notices how the industry has grabbed a much higher public profile in the community.

“I've had an office in this city since 1988, either working for a consulting group or running my own, and five years ago, we were kind of unknown. Now it's like, 'oh you're in that industry.'”

The turnout at his Northwestern Ontario Mines and Minerals Symposium in early April was one of the best ever, with 525 delegates, plus a sizeable walk-up crowd, and 109 trade show exhibitors.

He's not deterred for the industry's near-term prospects by the wave of negative news and thinks the industry will rebound by fall.

“I had people to come to me at the show and say, in five to eight months, we'll be back and financing again.”