Economic blasts are rumbling the ground on which the mining industry stands these days.
Feb 12, 2016 9:14 PM By: Ella Myers 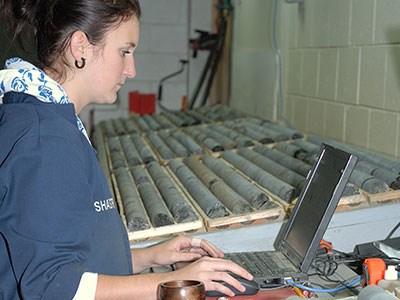 Slow times in the mining industry are an opportune time to reassess your business and upgrade your technical and market know-how, say industry leaders.

Economic blasts are rumbling the ground on which the mining industry stands these days.

As nickel prices drop alongside copper and other local commodities, Vale’s general manager of mines and mill, Robert Assabgui, estimates that more than half of producers are losing money at the current prices, and these companies are forced to make major changes to their operations.

For students advancing onto the employment field in the next few years, the current bust in the cycle could be unnerving.

“You can tell we're in a bust because usually there's pyro and a live band when I come on,” joked Jeff Fuller, owner of Fuller Industrial to a crowd of gathered students, Feb. 11.

Assabgui and Fuller presented on the boom-and-bust cycles of mining alongside fellow industry leaders, at the sixth annual Mining Day at Laurentian University in Sudbury. The event was attended by around 250 mining students from Laurentian, Cambrian College and Collège Boréal.

Students received a stark breakdown of the current situation, but panelists focused on innovation in the downturn and the end, they see, in sight.

Fuller said downturns can force companies to look outside the local market to grow their business, which can benefit them in the long run.

At Vale, Assabgui said they learned to “consult with people who do the work.” Schedule changes made with employee input at one mine resulted in higher production with zero impact on labour costs; a discovery they may not have made without the push to monitor spending more carefully.

Jon Treen, a technical leader with Stantec, compared playing the boom-and-bust cycle to playing the market and recommended companies act more like a mutual fund, and diversify.

“Buy low and sell high for the market, but for industry, educate low.”

He said that getting an education during a bust is the best time because by the time they graduate, they are likely to be heading back up into a boom.

Technica Mining vice-president Alistair Ross gave similar advice, recommending companies play a market game and hang onto cash for the downturn, and spend it then.

“If you get lucky with your expenditure, you will come out bigger and stronger during the next upturn,” he said.

“Don't be concerned about this,” Ross told the students, ending on a positive note. “The good times will be back, and there are opportunities in the downturn.”