‘Short, but profitable’ life for Rainy River gold mine 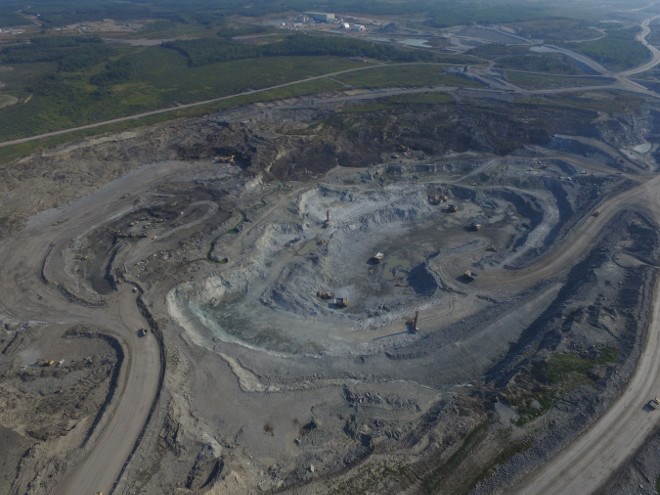 New Gold’s Rainy River Mine will have a shorter life span than originally anticipated.

The new mine plan emphasizes creating positive cash flow over a “shorter, but more profitable mine life.”

The previous estimated life span was 14 years after mining operations began in late 2017.

The updated one anticipates closure plans kicking in by 2028.

New Gold undertook mine optimization studies on its two main operating assets at Rainy River and New Afton in B.C. The process revolved around eliminating those gold zones that don’t meet the company’s profitability threshold.

For surface mining, that will translate to a smaller pit shell to reduce the amount of waste rock to ore until pit operations cease in 2024.

Construction continues underground with operations slated to begin in 2022, hitting peak production hits between 2025 and 2027.

The company said the potential remains to continue mining beyond 2028, but gold prices need to support doing more underground development or exploration.

“Over the past number of months we have evaluated numerous scenarios for the Rainy River Mine and are pleased to release an updated life-of-mine plan that delivers a solid open pit and underground mine plan that positions the operation for profitability and free cash flow generation beginning in Q4 2020 that continues over the balance of the mine life,” said New Gold CEO Renaud Adams.

“We now have a clear and profitable path forward for New Gold, a path that we are confident will create value for our shareholders.”

Last year, the Rainy River Mine produced 257,000 ounces of gold.

The mine has been a savior for surrounding towns like Fort Frances, where many former workers from the shuttered Resolute Forest Products mill found employment.