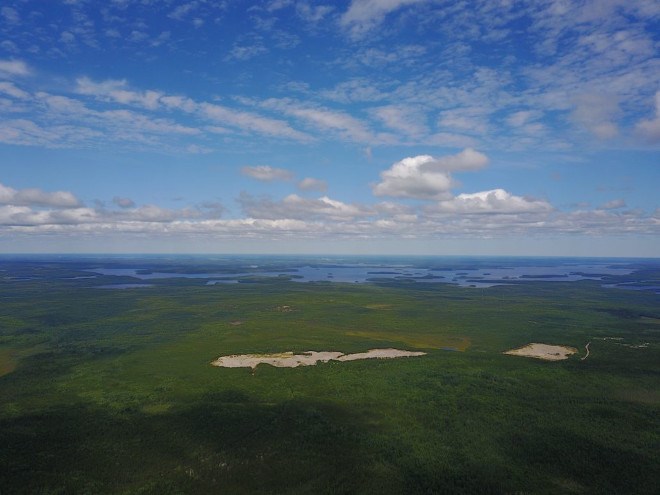 The team at Great Bear Resources is back at work exploring for gold in Red Lake with more money in their jeans.

The Vancouver junior miner announced July 3 that it’s raised $10.9 million in flow-through shares for its drilling program at its Dixie Gold Project.

Strong investor interest in the high-grade 9,140-hectare property ballooned the company’s offering in mid-June from $5.5 million to $8.2 million and to its final oversubscribed amount at closing.

“Interest in this placement was overwhelming, and we’ve successfully raised double the funding we were initially looking for,” said Great Bear Resources president-CEO Chris Taylor in a news release.

“We’d like to sincerely thank our new and existing shareholders for their continued interest in our company’s success and growth, and we look forward to delivering a wealth of new exploration results from our flagship Dixie project throughout 2019 and 2020.”

The Dixie Property is 24 kilometres south of the community of Red Lake, not far off Highway 105. The company picked up the property from Newmont Mining in 2017.

Since exploration drilling began in August of that year, Great Bear has been steadily expanding their program and raising more money with each new high-grade discovery.

Their current drilling program was slated for 30,000 metres before increasing to 60,000 and more recently to 90,000 metres, which is expected to continue into 2020.

In June, the company dragged a third drill rig to the property to test a new discovery zone called Bear-Rimini, containing multiple zones of high-grade gold close to the surface.

The company’s other Red Lake-area gold exploration property is West Madsen, southwest of town and close to Pure Gold’s Madsen Mine development project.