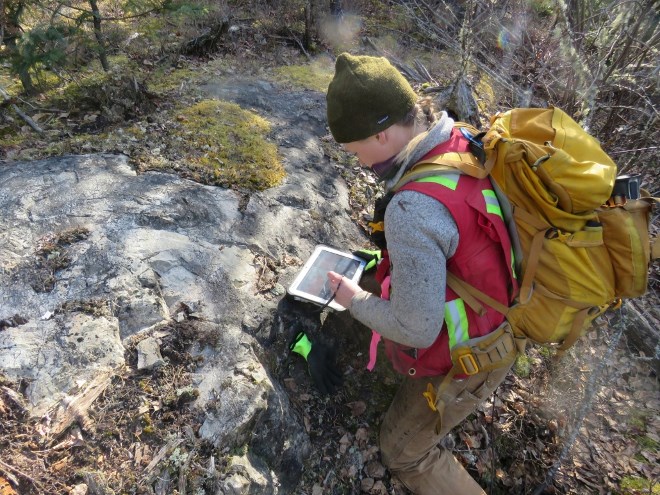 The prospecting community in northwestern Ontario recognized and celebrated its superstars for 2018.

The Northwestern Ontario Prospectors Association (NWOPA) handed out the hardware at its annual awards dinner during its Thunder Bay spring symposium, April 2.

The Developer of the Year Award went to Goldcorp’s Musselwhite Mine for its new $90-million materials handling project, designed to improve ore feed to its mill.

The project, which was completed on time and on budget, increases production by 20 per cent, cuts down on underground haul distances and ventilation costs.

Many of the Goldcorp’s core functions at Musselwhite are now done remotely from its Thunder Bay operations centre.

The Musselwhite deposit just keeps on giving, with 700,000 ounces now added to reserves and exploration still ongoing to extend the ore body.

Musselwhite is generally regarded as an industry success story for its ongoing engagement with area First Nation communities and local employment opportunities.

It’s a large geological and geophysical target, 15 kilometres south of the town, that’s produced some eye-popping drill intercepts since exploration began in 2017. A 10,000-metre drill program took place last summer with a 60,000-metre campaign on tap for this year.

Geologist Roger Mitchell, a graduate of the University of Manchester, is well known for assisting prospectors with rock and mineral characterization.

Mitchell has 47 years under his belt with Lakehead University in Thunder Bay, serving as a professor and a period as chair of its geology department.  He’s supervised a number of theses, and authored or co-authored more than 240 journal papers and monographs on minerals.

Prospectors and entrepreneurs Michael (Mick) and Stephen Stares are company starters with more than 32 years of experience in the mineral exploration field.

They’ve had a hand in discoveries of the Eagle River gold deposit near Wawa and Harte Gold’s Sugar Zone deposits, north of White River. As recipients of past NWOPA Discovery of the Year Awards, their reach goes across Canada with several major mineral occurrences.

The Dan Calvert Distinguished Service Award was presented to Mark Smyk, a 32-year geology veteran with the provincial government’s Resident Geologist Program in Thunder Bay. His encyclopaedic knowledge of mineral occurrences in the region makes him the “go-to” person in northwestern Ontario.