The Ontario government has a “vision” and a “blueprint” to put the province’s sagging mining industry on a world stage. The province’s all-encompassing new Mineral Development Strategy, which was released Dec.
Dec 11, 2015 4:30 PM By: Northern Ontario Business Staff 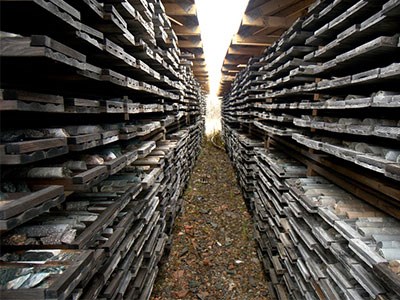 The Ontario government has released a new mineral development strategy.

The Ontario government has a “vision” and a “blueprint” to put the province’s sagging mining industry on a world stage.

The province’s all-encompassing new Mineral Development Strategy, which was released Dec. 11 at Dynamic Earth in Sudbury, is being billed as a 10-year plan to make Ontario a “global leader in sustainable mineral development and production.”

Northern Development and Mines Minister Michael Gravelle announced that $5 million is being set up for a Junior Exploration Assistance Program to provide financial support for mineral exploration projects.

The Ministry of Northern Development and Mines lists the mining sector as employing more than 70,000, pumping $11 billion annually into the provincial economy, and accounting for more 1.6 per cent of Ontario’s GDP.

With the rollout of this strategy, the government wants to balance industry’s needs and protect the environment while promoting sustainable development.

The government’s plan will address ways to boost mineral exploration and development; make Ontario a more cost-competitive place; introduce more regulatory efficiencies, transparency and predictability; while at the same time enhancing health and safety, safeguarding the environment, and encouraging a “culture of innovation and entrepreneurship.”

The strategy ensures First Nations will have a greater “voice,” said the government, with more “meaningful participation in economic development” through workforce training and by improving “socio-economic conditions to advance major mining projects.”

Recently, the province’s mine and mineral program was rapped hard by the provincial auditor general in her Dec. 2 annual report.

In her criticisms, Bonnie Lysyk blamed the province for not creating the conditions for the industry to thrive despite challenging times on the mineral commodities and financing fronts.

Lysyk pointed out little planning progress has been made in the Ring of Fire, and the government has fallen short in encouraging mineral development, and ensuring regulatory and environmental compliance of mine closure plans and abandoned mines.

The “lack of clarity” in Ontario’s regulations on the duty to consult with First Nations on mining projects has also adversely impacted mineral investment.

People in the exploration sector have complained about the lack of understanding between government and junior miners on the plans and permits protocol that has delegated consultation responsibilities over to the exploration industry.

In an interview last week, Gravelle was encouraged by the auditor general’s findings and repeated said the upcoming strategy would address many aspects of her recommendations.

“You’ll be seeing the fruits of our labour when we unveil the mineral development strategy.”