The province's decision to renew its mineral development strategy – first established in 2006 – comes at a time when the sector is in a downturn, says the executive director of the Ontario Prospectors Association.
0
Apr 8, 2015 1:56 PM By: Jonathan Migneault 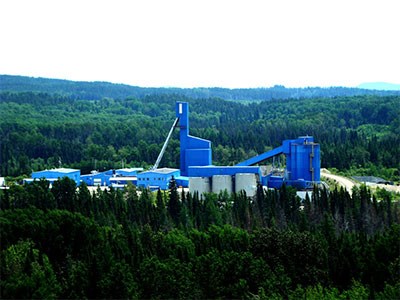 After nine years the province is re-examining its mineral development strategy. When the strategy was developed in 2006 the sector was in an upswing, but in 2015 it continues to be in a downturn.

The province's decision to renew its mineral development strategy – first established in 2006 – comes at a time when the sector is in a downturn, says the executive director of the Ontario Prospectors Association.

When the strategy was developed nine years ago, Ontario's mining sector was on an upturn, but the timing for the renewed strategy will give the province a very different picture, said Garry Clark.

“They have to understand – and they are coming to grips with the fact – that the only way we stay as a vibrant mining province is to have lots of things in the pipeline coming up from prospectors and junior companies to look at and put into production,” he said.

While Ontario's mining sector has been in a downturn for two years, Clark said the province has only taken notice over the last six months.

Their statistics, he said, are usually a year behind.

In a discussion paper meant to inform the renewed mineral development strategy, the province admits “Ontario could face many challenges in the years ahead.”

The Ministry of Northern Development and Mines acknowledges the challenges junior exploration companies face in the midst of a global downturn.

“Globally, the junior exploration sector is experiencing difficulty raising capital because of a decline in investments resulting from lower commodity prices,” the discussion paper says.

Clark said the province can do two things to promote more mineral exploration in the province.

First, he said, the Ministry of Northern Development and Mines needs to continue funding its geoscience department.

“The government can afford to go out and do a sampling program looking for diamonds, or do a multi-discipline sampling program, where a lot of companies can't afford to do those big regional surveys,” he said.

Junior mining companies can use information gathered from provincial geologists to help them make discoveries.

In some provinces, such as Quebec, companies that spend their exploration dollars within the province can qualify for a rebate.

Most companies choose to reinvest the rebate – which comes in the form of a cheque – back into the business.

In its annual survey of mining companies, which looked at how attractive 122 mining jurisdictions around the world were for investment, the Fraser Institute found Ontario had slipped in the rankings.

Ontario placed 23rd internationally, in the ranking of mining jurisdictions in 2014, falling nine spots from 2013.

But Clark said the survey should be taken with a grain of salt.

“It's not as scientific as you would want a survey to be done,” he said.

Mining executives aren't required to answer the survey, and those who do may only have a strong understanding of their own jurisdictions.

Clark said investment dollars spent on exploration is a more important metric, and in that area Ontario and Quebec are the top provinces in Canada.

“The truth is we continue to be the leading jurisdiction in the country in terms of mineral exploration dollars spent,” said Northern Development and Mines Minister Michael Gravelle.

Gravelle said the renewed mineral development strategy will give him and his staff the chance to consult with mining industry representatives, First Nations, and other stakeholders to determine the best ways the province can encourage mineral investment.

The discussion paper, released in March, includes 10 questions for stakeholders, such as: How can efficiency and certainty of regulatory processes be improved?

“All the questions reflect discussions that we've had in our own reflection on the mineral development strategy of 2006,” Gravelle said.

“This is us very genuinely reaching out to all our stakeholders to get their best advice.”

Consultations with industry take place March 9 to May 9, at locations throughout the province.

The province's consultations with First Nations start April 8, in Fort Frances, and end May 5 in Toronto.

James Bay gold explorer raises close to $4 million in exploration financing
Apr 6, 2020 11:36 AM
Comments
We welcome your feedback and encourage you to share your thoughts on this story. We ask that you be respectful of others and their points of view, refrain from personal attacks and stay on topic. To learn about our commenting policies and how we moderate, please read our Community Guidelines.